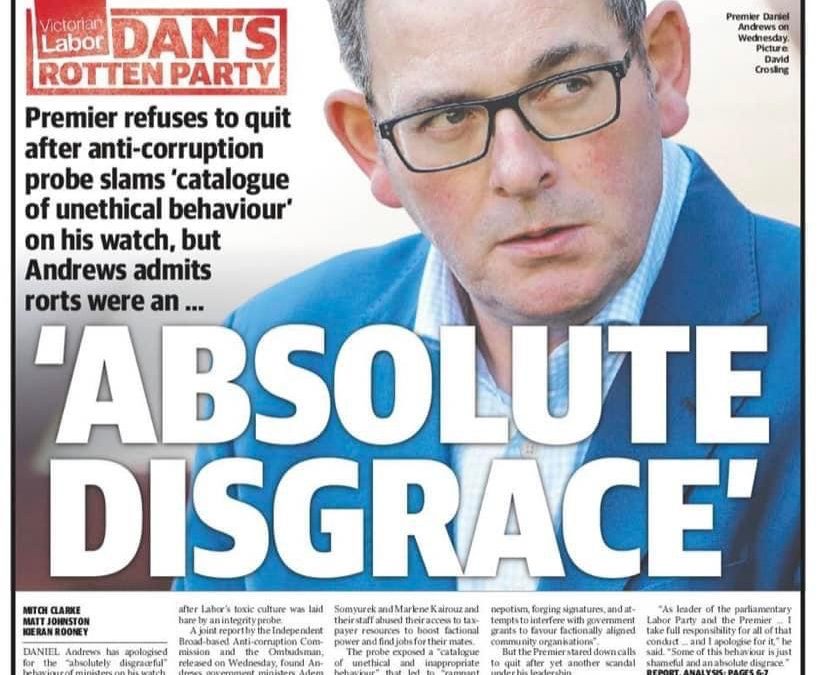 Operation Watts has detailed decades of corruption, misuse of public funds and cover-ups within the Victorian Labor Party.

This investigation has confirmed a systemic culture of corruption within Labor and has placed a spotlight on attitudes of arrogance and entitlement.

For decades, Labor has treated people as pawns.

For decades, Labor has used taxpayers’ money as their own.

For decades, Labor has encouraged the use of public office for personal gain.

For 12 years, Daniel Andrews has led the Victorian Labor Party. These failings are on his shoulders.

Leader of the Liberal Party, Matthew Guy, said Operation Watts made it clear Daniel Andrews and Labor are not the party for Victoria’s future.

“Victoria needs a Premier and a government totally focused on ending the health crisis and supporting communities to recover and rebuild.”

“This critical investigation shows a Labor Government mired in corruption, cover-ups, and political games at the expense of Victorians.”

“Remember this November, Daniel Andrews and Labor are not a party for our state’s future. Only a change in government will make Victoria number one again.”

Shadow Minister for Government Scrutiny, Louise Staley, said this important investigation had exposed a culture of corruption within Labor dating back decades.

“Labor is not concerned with Victorians, just themselves, their political careers, and what benefits them.”

“Daniel Andrews and Labor have totally lost sight of serving our community and are only interested in themselves. They are not fit to govern.”

“Victoria needs a government that operates with honesty and integrity. Only a Matthew Guy Liberals and Nationals Government will put Victorians first.