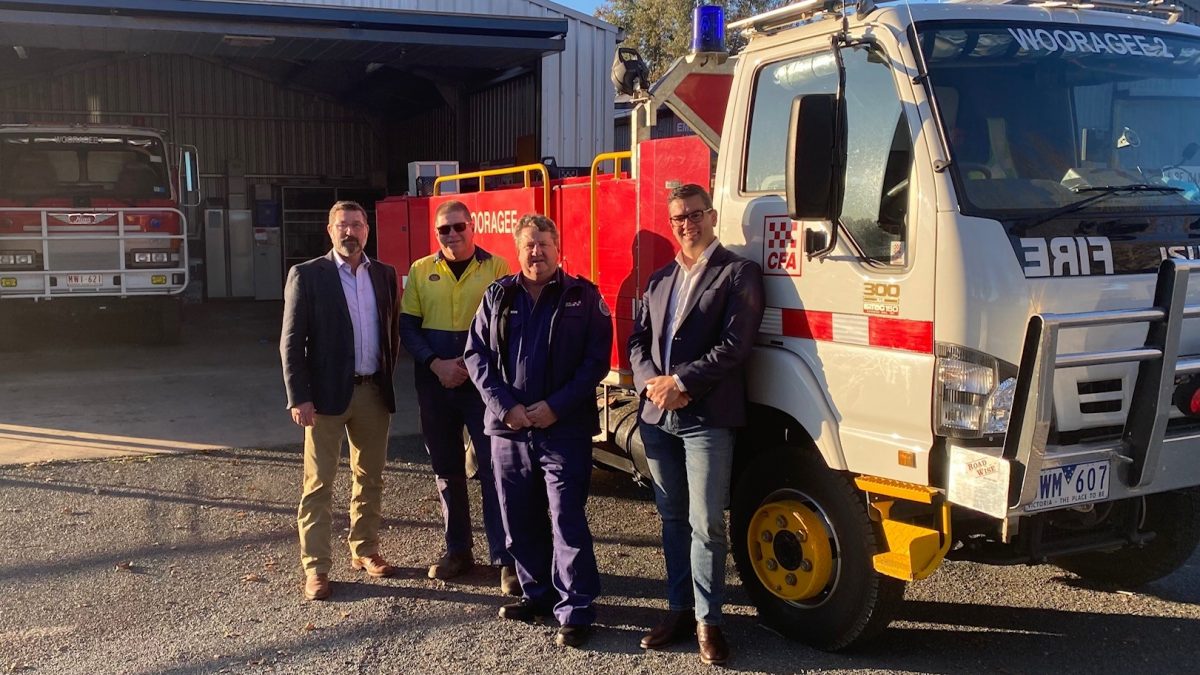 The desperate need for new fire sheds was again ignored in this year’s Victorian budget.

The current sheds are a disgrace – one dates back to 1927 and the other is a 30-year-old Zincalume construction. The brigade, that recently celebrated 95 years of volunteer service, uses a makeshift meeting room in the old shed after previously being forced to have open-air meetings on the driveway.

This is a brigade where callouts range from traditional farming and lifestyle properties as well as the peri-urban fringe of Wodonga.

The owner of the land adjoining the brigade’s station has already provided it with a parcel of land that extends its existing footprint.

The CFA itself has acknowledged that this is the No.1 priority for CFA District 24.

“Wooragee CFA are a pillar of the local community and perform vital work in a variety of scenarios.

“They deserve fit for purpose facilities, and that is exactly what this announcement provides.”

“Wooragee volunteers have been the last line of defence in major bushfire campaigns in 2003, 2006 and 2009 and yet their needs continue to be ignored.

“In 2020, the then Minister agreed that this was a priority, earlier this year the District CFA said it was numero uno for them.

“We will just get this built.”