Power to the People – Real Solutions for Energy and Emissions 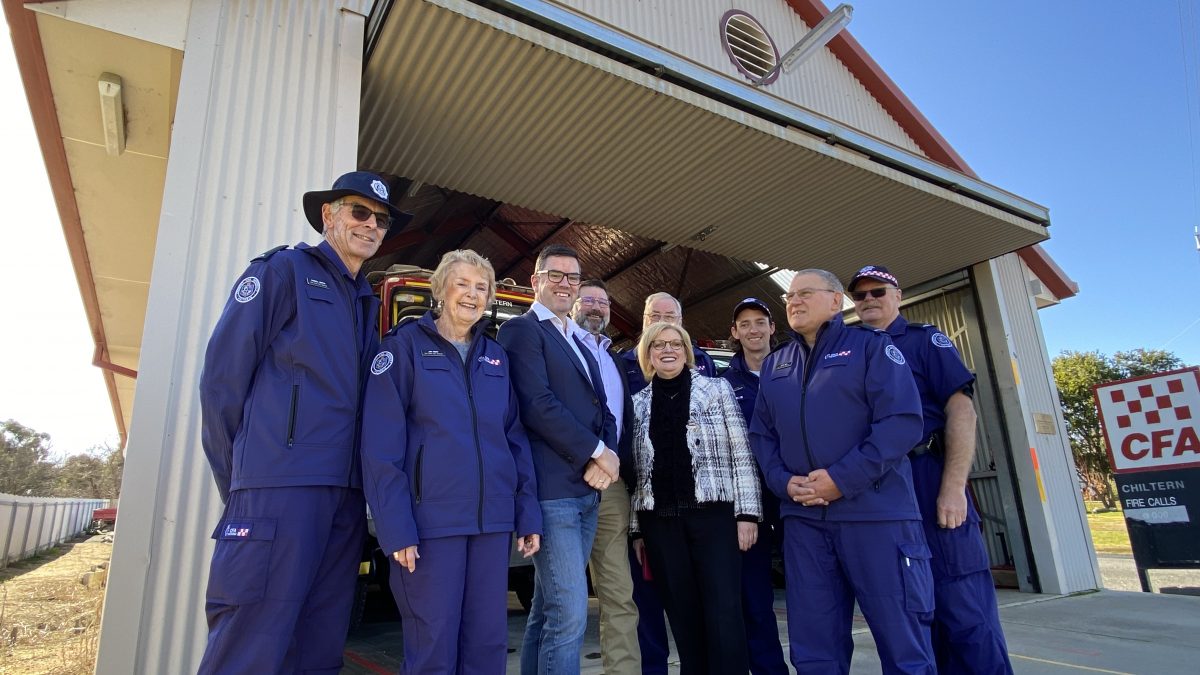 A Liberal Nationals Government will spend $2.8 million building a modern fire shed and a command centre for Chiltern CFA.

At present the Chiltern Fire Brigade’s motor room fails OH&S standards, volunteers are forced to change into firefighting gear in the same bay as the trucks warm up, there are no female changerooms and the firefighting tankers clash mirrors when backed into the shed.

In recent years, the brigade has used its own funds to extend the sheds, but they have now outgrown the station.

Ideally, we see a future emergency hub that may include Ambulance Victoria on a site closer to the Hume Freeway that carries 17,000 vehicles a day.

Chiltern also sits astride the Melbourne-Sydney rail corridor that carries freight and passenger trains, while a high-pressure natural gas pipeline passing through the town.

“The volunteers at Chiltern do an enormous job in tough circumstances and are expected to turn out to a huge variety of calls.

“And what thanks do they get? They have to put their gear on next to running trucks, the female volunteers don’t have their own area and their two trucks barely have room.

“That’s not good enough, and this announcement fixes the problems.”

“The current station was undersized when first opened and is still to have had an official opening.

“This is a volunteer brigade that is and has the potential to be called out to significant incidents on the freeway, in town and major bushfires and local blazes.

“They need a modern shed – where women are encouraged and supported to be volunteers and the firefighters themselves are safe.”