Leading the way to build a new Albury Wodonga hospital

Keeping young Victorians safe from the dangers of vaping 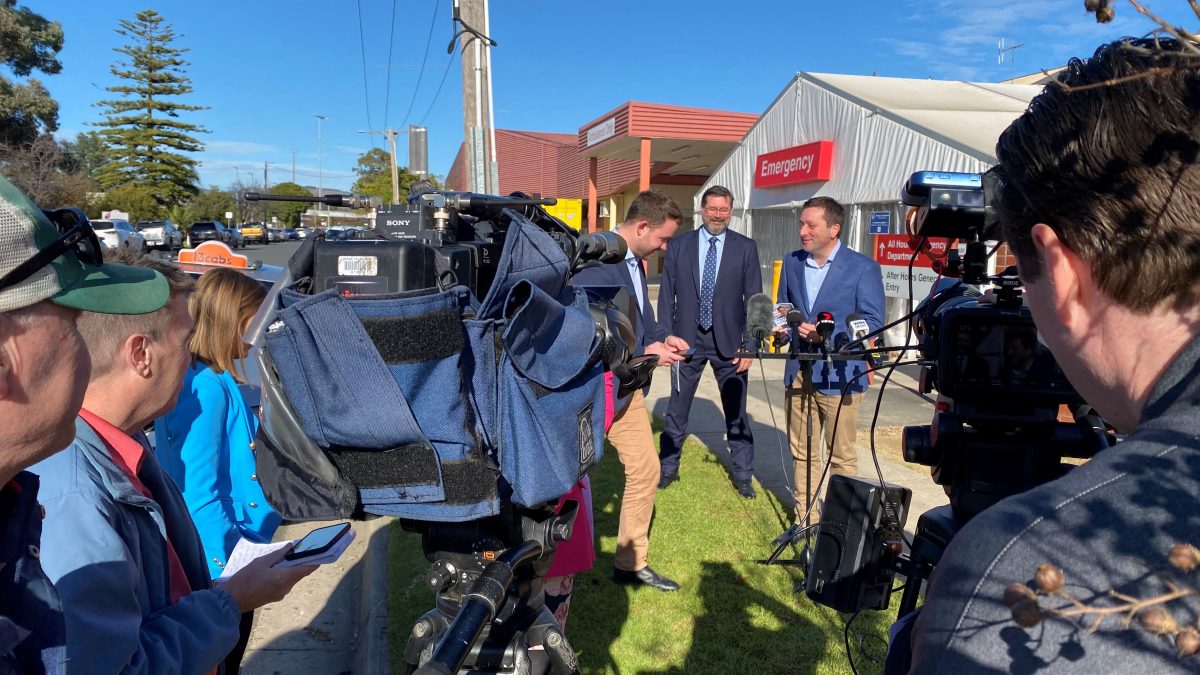 The Victorian Liberals and Nationals will today announce the next step of its plan to fix Victoria’s healthcare crisis, contributing $300 million to build a new hospital for the Albury Wodonga border community.

Due to years of underinvestment, the current facility is strained, and dedicated, hardworking local healthcare workers have been left overwhelmed. And with Albury Wodonga’s population expected to rise sharply over the next decade, action is needed now.

New South Wales and the Commonwealth will be expected to commit funding to the new hospital on an equal one-third share basis.

This is consistent with the partnership arrangements in which Albury Wodonga Health is a unique cross-border health service that operates with shared funding responsibility under the jurisdiction of the Victorian Department of Health.

The new modern hospital will deliver the services patients expect and the facilities healthcare workers deserve, and forms part of the Liberals and Nationals’ plan to build a world-class health system, which includes hospitals in Warragul, Mildura, Melton and a new Infectious Diseases Response Centre.

The $750 million Mildura Hospital and $600 million West Gippsland Hospital will have a strong focus on training doctors, nurses, and other clinical staff locally, which will help address the growing staff shortages in regional areas.

A new Infectious Diseases Response Centre will deliver 50 permanent negative pressure beds and train an additional 300 specialist nurses to be able to deliver care and treat the sick without locking up the healthy.

Leader of the Opposition, Matthew Guy, said Victorians had been forgotten by a government more concerned with spin and PR than fixing the crisis it caused.

“A new hospital for the Albury Wodonga border community is vital, and this announcement follows a number of major healthcare commitments the Liberals and Nationals have made,” Mr Guy said.

“Our commitment to fixing the health crisis is clear. We will build five new hospitals, and give Victorians access to what they deserve.”

Locals were invited to put forward their concerns at a recent health forum in Wodonga, where many spoke of being forced to drive to Wagga Wagga or Melbourne to see a doctor.

And while the system crumbles and Victorians suffer, budget figures confirmed the Andrews Labor Government cut health expenditure by more than $2 billion.

Shadow Health Minister, Georgie Crozier, said years of underinvestment had crippled the system’s ability to cope with the added pressure.

“Building new hospitals in Albury Wodonga, Warragul, Melton and Mildura will give Victorians the confidence to know that in their time of need, they will get proper care.”

“All the current government does is blame others for the failings of its system.

‘Victorians have had enough of the blame games. Only a Matthew Guy Liberals and Nationals Government will fix the health crisis.”

Member for Benambra, Bill Tilley, said the major commitment to a new hospital would mean his community wouldn’t again be been turned away from local emergency departments.

“We’ve heard the concerns of our community and now it’s time to give Albury Wodonga residents what they deserve,” Mr Tilley said.

“For too long, the border has been forgotten by Labor governments not concerned with fixing the crisis they caused.

“The Liberals and Nationals will build a new hospital on the border and restore confidence in our health system.”