FIVE-HOUR AMBO WAIT FOR 94yo 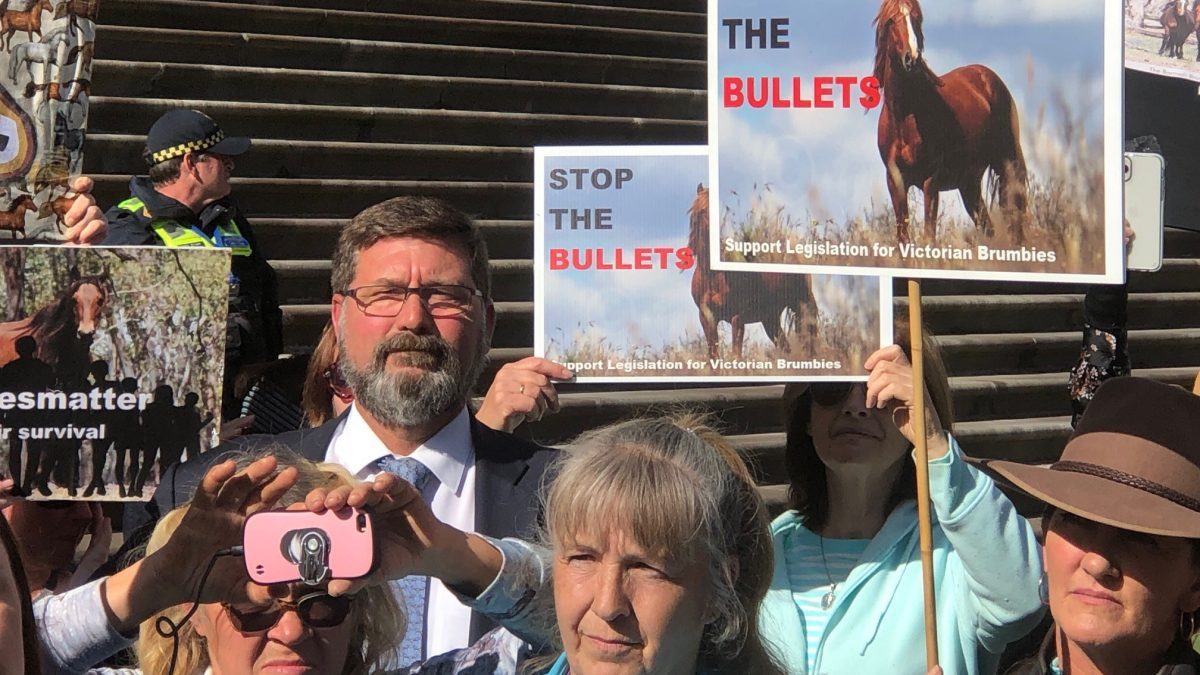 The new plan, announced today, will see a shift in focus to rehoming and veterinary intervention to manage the brumby population, standing in stark contrast to Labor’s plan for total eradication.

The Liberals and Nationals’ new approach will involve:

Leader of The Nationals Peter Walsh and Shadow Minister for Environment James Newbury joined hundreds of Victorians on the steps of State Parliament today who are furious with Labor’s massacre.

“Unlike Labor, the Liberals and Nationals will rule out the aerial and ground shooting of brumbies,” Mr Walsh said.

“We agree with the tens of thousands of Victorians who believe brumby populations can be managed without cruel methods or total eradication.

“Labor’s approach doesn’t deliver good outcomes for the environment, with abandoned carcasses that are left to rot only serving to feed up destructive and vicious pest animals, like wild dogs.

“Only a change in government in November will deliver a humane, sustainable approach to population management of an iconic animal with strong and enduring ties to Australia’s modern history.”

In parliamentary budget hearings recently, the Labor Government admitted that it was working towards “eradication [of brumbies] over the forward years”.

Governmental tender documents have also revealed that contractors who are employed by the Government to exterminate the brumbies are required to move carcasses to hide their controversial work from public view.

Mr Newbury said current control measures were extreme and disrespected the special connection many Victorians feel with the brumby.

“The Andrews Labor Government knows that its brutal control measures are cruel and inhumane, admitting as much with its secret agreements and extreme efforts to hide massacred carcasses from public view,” Mr Newbury said.

“An elected Matthew Guy Liberal and Nationals Government will put an end to Labor’s inhumane and total eradication of the brumby.

“Humane measures to rehome animals and veterinary intervention will manage Victoria’s brumby population in a way that guarantees the welfare of animals.”