Backing a boost to health, wellbeing and small business to recover and rebuild 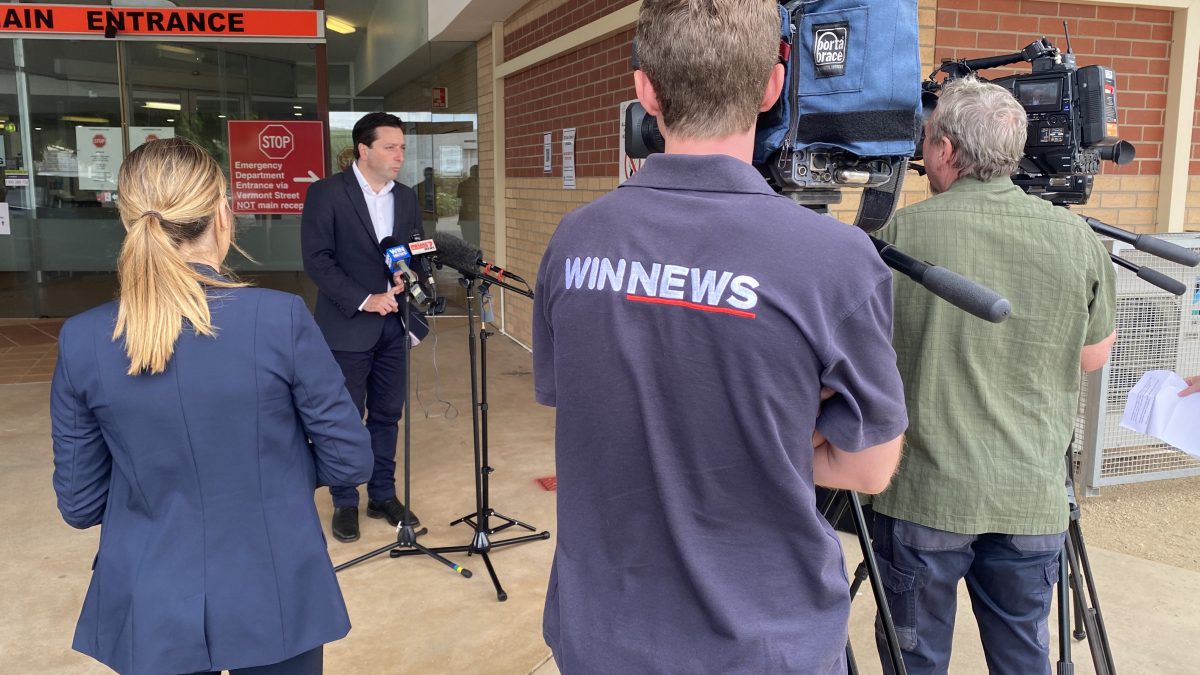 We need less politics, less negativity, and a greater focus on how we get out of this current health mess, says Member for Benambra Bill Tilley.

For the second time in a matter of weeks Albury Wodonga Health has been unable to admit patients — its bed numbers well beyond capacity. Desperate medical staff had been contacting this office from the weekend as the situation has become more dire.

Mr Tilley said some commentary had been purely political, more about point scoring than solutions.

“This is a crisis – people are worried about their health, staff are under the pump, and someone may just die because they can’t get the help they need,” he said.

“A new hospital is a long-term solution; it won’t fix the crisis that’s happening today or tomorrow.

“Right now, we need to think outside the square.

“Perhaps it’s time we ask whether the Royal Australian Army Medical Corp could set up a staging and treatment field hospital to overcome the current surge of patients.

“What about those nurses and medical staff who have been stood down because they are not vaccinated? It appears the vaccine doesn’t prevent you from catching or transmitting COVID, why can’t we find a way to use these people as a circuit breaker.”

Mr Tilley said there appeared to be a link between waiting list numbers and those presenting at ED.

“Last September I asked for Albury Wodonga Health’s combined waiting list, the response from the Victorian Health Minister arrived last week and referred to figures from June 2021,” he said.

“Medical professionals have told me that people presenting to emergency are not just coughs and colds, many have to be admitted and often already on the waiting list for surgery.

“We need to know how many people are on this list, because they are now part of the crisis.

“This also spills into the ambos who can’t leave the hospital because their patients can’t get a bed.

“This is a disaster we need to work together, not turn it into a blame game.”

Opposition Leader Matthew Guy and Shadow Health Minister Georgie Crozier will hold a health forum in Wodonga on Friday, April 22.
To attend or find out further details contact the office on (02) 6009 0808.

Attendance for the Wodonga Public Health Forum is strictly capped at 80 people given current density limits. Registered guests will need to check-in via QR code and show proof of double vaccination.