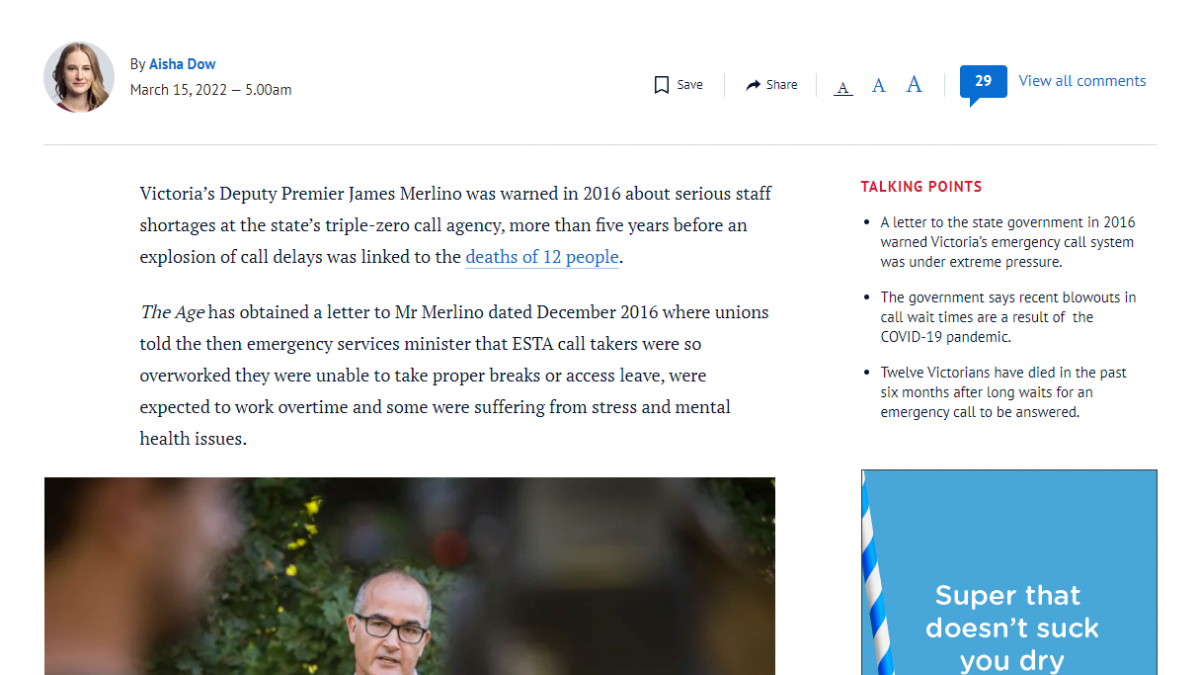 The Andrews Labor Government was warned about Victoria’s deadly ambulance crisis years ago, but failed to act.

The Age has revealed Deputy Premier James Merlino was warned in 2016 about serious staff shortages at the state’s triple-zero call centre.

By mid-2019, response times had already blown out to more than two minutes.

An ESTA insider told The Age: “To blame COVID-19 is disgraceful… we should be able to ramp up to that and we haven’t been able to because our staffing models were already broken.”

“Victorians are sick of the Premier’s excuses and blame shifting.

“Daniel Andrews has been Premier or Health Minister for 11 of the past 15 years.

“This crisis – that is costing Victorians their lives – has been caused by years of Labor mismanagement.

“Victorians want to know that when they call for an ambulance, their call will be answered and an ambulance will arrive.

“A Matthew Guy Liberals and Nationals Government will fix the ambulance crisis.”