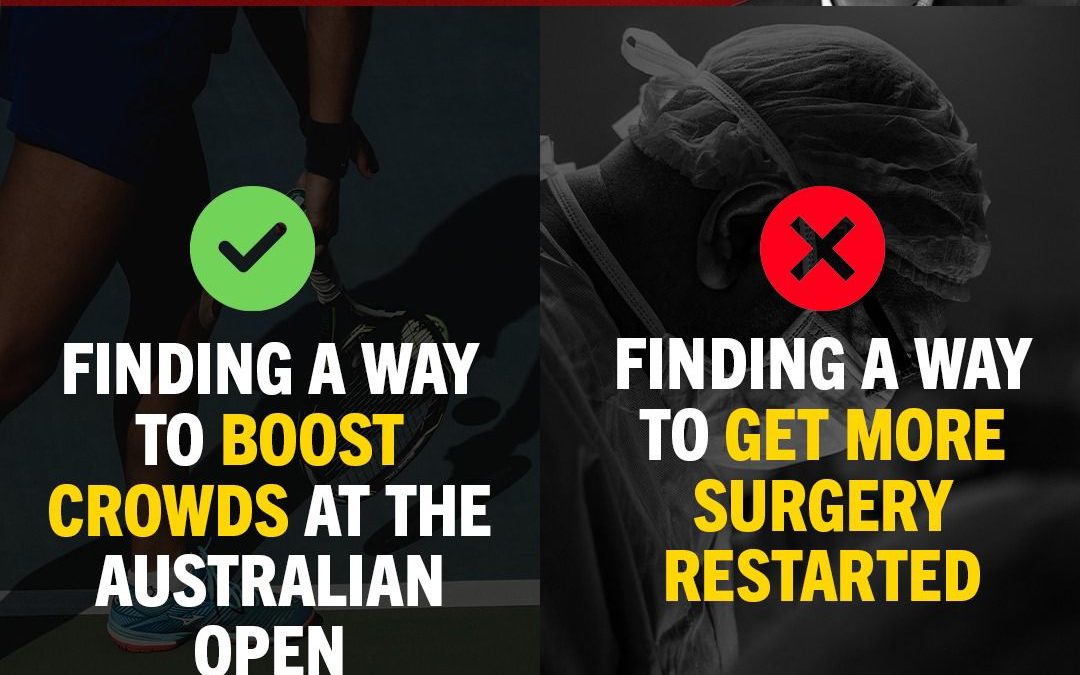 Victorians in need of essential surgeries are being forced to wait in pain and in limbo due to the State Government’s failure to listen to their own Chief Health Officer.

This week speaking to a Parliamentary Committee, Chief Health Officer Professor Brett Sutton stated that “I think we’re likely to be at the peak now. I think we’re unlikely to go above 1500 hospitalisations and I think it’s probably already peaked.”

A peak of 1500 COVID-19 hospitalisations is just over half the expected 2500 hospitalisations when the state-wide Code Brown and blanket cancellation of elective surgeries was enforced in mid-January.

Despite claiming it is “mandatory” to listen to experts, Premier Daniel Andrews continues to ban elective surgeries despite a clear indication our healthcare system has capacity to provide people the surgeries they desperately need.

With COVID-19 hospitalisations currently under 900, there is simply no justification to deny Victorians the critical care they need for a single day longer.

Therefore the Victorian Liberal Nationals are calling on the State Government to immediately restart elective surgeries to allow Victorians in need and their families to move on with their lives.

“Victorians are being denied the healthcare they deserve because the State Government is too busy with spin and the politics of COVID to listen to its own Chief Health Officer.

“Too many Victorians are languishing on wait-lists in pain and their health is deteriorating as they wait for vital surgery. This ban on critical surgeries must be lifted today.

“A Liberal Nationals Government will never deny Victorians healthcare and act to cut surgery backlogs so people can recover, rebuild and move forward with their lives.”

Leader of the Opposition, Matthew Guy

“We are nowhere near the expected hospitalisations and being told they won’t go higher – so is essential surgery still being banned.

“Daniel Andrews claims to listen to the experts, so why does he not listen to his Chief Health Officer and get our healthcare back on track?