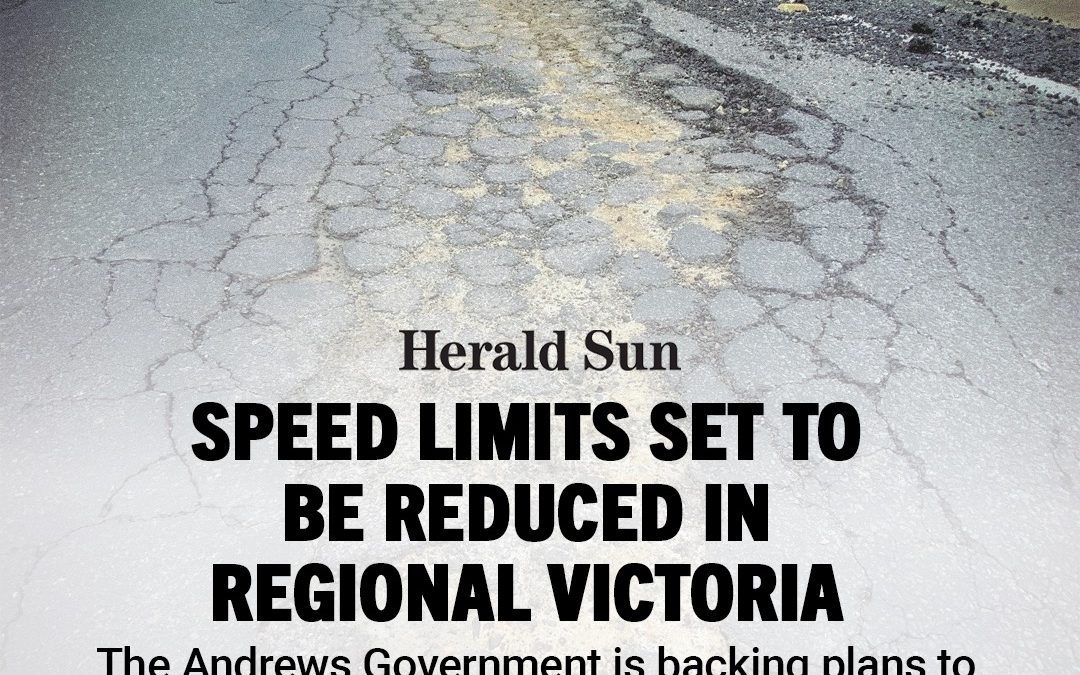 It’s been a deadly start to the year on Victorian roads and instead of commissioning urgent repairs, the Andrews Labor Government’s solution is to lower the speed limit.

Already, seven people have lost their lives on rural roads in 2022, five more than this time last year.

Recent calls to lower speed limits on some regional highways to 80kmph is a band aid measure that ignores the fact that roads, like the Western Highway between Ararat and Ballarat, are crumbling.

Under this proposal, Victorians would be forced to factor in extra travel time on both short and long trips, while the roads remain in the same dangerous condition.

The poor condition of regional Victorian roads is putting driver safety at risk while country Victorians dodge pot-holes on their way to work.

Road asset management was slashed by 25 per cent in this year’s budget, while the Andrews Labor Government’s city-focused West Gate Tunnel project blew out by a further $1.9 billion in December.

Shadow Roads Minister Louise Staley said the condition of roads in regional Victoria are a disgrace.

“Rural roads are used for so much more than just commuters,” she said.

“Particularly at this time of year, regional roads are shared between agricultural machinery, freight and everyday users,

“The government’s solution to reduce speed limits, rather than simply fix the roads, rubs salt into the wound of regional Victorians.”