BRUMBY CARNAGE NOT BASED ON NUMBERS 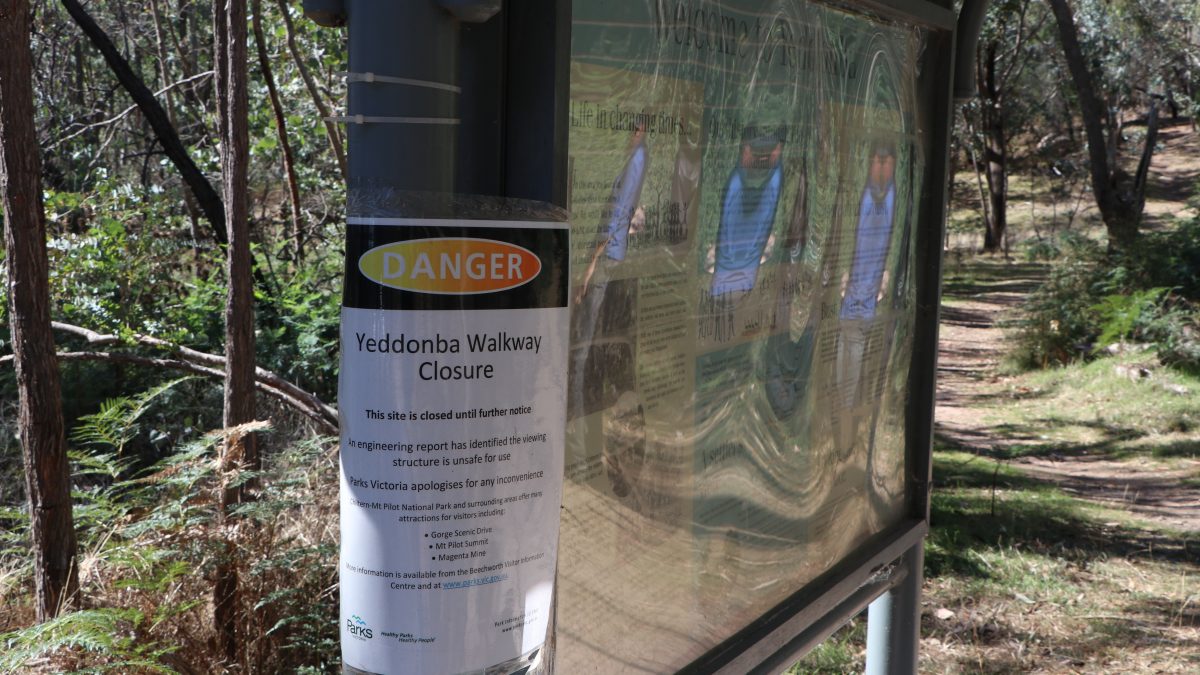 Constituents from across the electorate have reached out to this office regarding the closures and disrepair of these sites. Their motives are largely driven by what appears to be a lack of interest or will to find ways that these could be either re-opened, made safer or simply repaired.

This site has been closed for more than 12 months. The platform near the indigenous art sealed by cyclone wire fencing and a padlocked gate. Structural issues have been identified. My inquiries in April suggested that engineering assessments were being undertaken and the works would begin soon. A constituent’s recent inquiry to Parks Victoria received the same answer.

In September 2020, closure tape was placed on a section of the 10-kilometre trail that follows Silver Creek. This popular trail in Beechworth has been heavily patronised by locals and tourists alike without issue. The open-ended closure was attributed to “the level of risk from open and semi-open mine shafts”. The Parks Victoria website still carries the same message as it did in April of this year.

I have asked the Minister for the Environment to expedite these matters in early December.

“There will always be issues that demand periodic closures for safety and improvements, but I think we all expect these can be done in a reasonable time.

“These examples don’t pass the pub test even allowing for the limitations created by COVID-19 restrictions.

“The Beechworth Heritage group offered some ideas that would improve and enhance the visitor experience but again there appears to be little appetite for any works in this area.

“The fact is that this seems the ‘new normal’ of Parks Victoria whether I’m at the Hampton Pier or Chiltern, the simplest solution is just to close it down.”