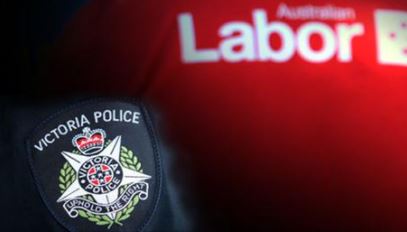 Victorians continue to be kept in the dark as documents confirm that Victoria Police command blocked the arrest and interview of Labor MPs involved in the Red Shirts scandal.

This new information is at odds with what Victorians were told in November 2018, when then Victoria Police Chief Commissioner Graham Ashton denied any directive had been given not to arrest Labor MPs involved in this scandal.

Neil Mitchell: Was there a direction given not to arrest the members of Parliament?

Graham Ashton: No, certainly not from, not that I’m aware of. I certainly didn’t issue any directions, I’m not aware of any.

This statement is directly contradicted by Victoria Police documents stating that senior officers directed the 16 Labor MPs involved in the scheme were “not be arrested, photographed, searched if they are interviewed”.

Furthermore, the files also stated that this intervention by senior police was to remain a secret from the public.

Whilst Labor staff members involved in this scheme were arrested, interviewed and charged, the Labor MPs behind the theft and misuse of $388,000 of people’s money declined to be interviewed and faced no further action.

Everyone must be treated equally before the law and Victorians must be told the truth as to why Labor’s scheming MPs received special treatment.

“When a police commissioner says one thing but police documents say another, it’s clear Victorians are being kept in the dark.

“Instead of focusing on our recovery, Labor is focused on covering their tracks. “Victorian Police must immediately clarify why Labor MPs were let off the hook and given preferential treatment.”