A new plan to return every student to school sooner 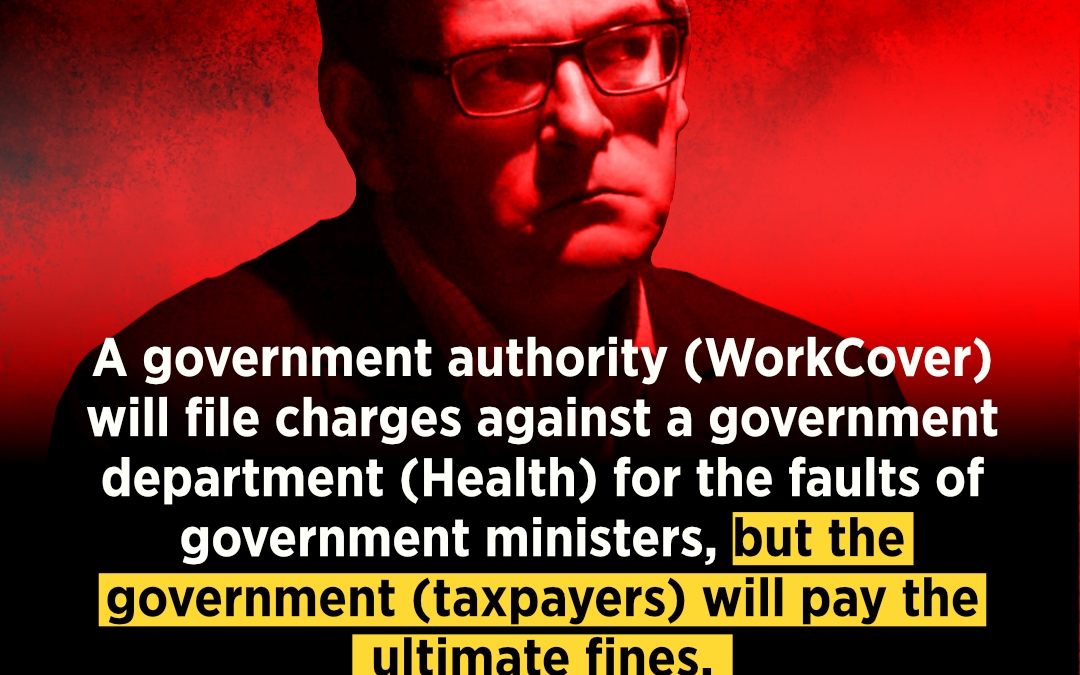 Victorians are no closer to the truth or justice following today’s announcement by WorkSafe in relation to the worst public policy failure in Victoria’s history.

WorkSafe has confirmed that 58 charges will be brought against the former Department of Health and Human Services relating to workplace safety failures that triggered Victoria’s catastrophic second wave.

This failure directly lead to the deaths of over 800 Victorians, triggered a long harsh lockdown and devastated decades of economic and social confidence.

What’s more, Victorian taxpayers will be liable for any fines against the former DHHS which may be up to $1.64 million per breach.

We need to ensure that the responsible persons, including Ministers and Department Secretaries are held responsible for their catastrophic failures.

Victorians deserve straight answers, competency and accountability, instead of deflection and failure.

Unfortunately Victorians are now left picking up the tab for yet another Andrews Labor Government failure.

“Daniel Andrews’ failed hotel quarantine system put every Victorian at risk and for that the Government must be held to account.

“Only the Victorian Liberal Nationals will hold a Royal Commission into Victoria’s pandemic response and get to the truth.”