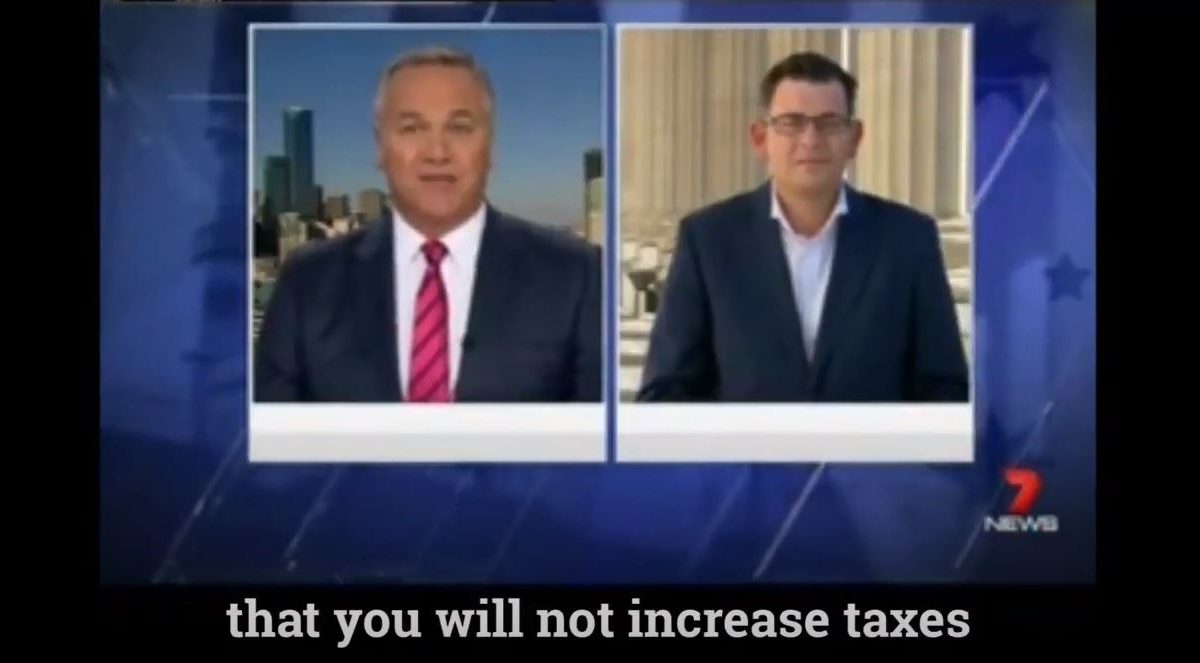 Daniel Andrews has broken the promise he made to Victorians that there would be no increased or new taxes under a government he leads.

Dan has no plan for Victoria’s economy or jobs. Dan’s only plan is to slug struggling Victorian families and small businesses with more taxes.

New and expanded taxes under Daniel Andrews and Labor:

Victorians need a government with a plan to grow our economy, not tax those who are working hard and doing it tough.

“Victorians need a government that has a plan to grow the economy, not punish hard working Victorian families and small businesses with more taxes.

“Labor has made Victoria the highest-taxed state in the country. Dan’s only plan is to slug Victorian families and small businesses with more taxes.

“The Liberal Nationals’ positive plan would see Victoria be the best state in Australia to set up a small business.”

“We have seen time and time again that when Labor runs out of money, it comes after yours.

“Victorians are sick of seeing their taxes be used to patch over Labor’s waste and mismanagement of projects.

“The Liberal Nationals believe in growing our economy and making Victoria the best place to live, to work, to grow up and to grow old.”