Signaling from 1800s part of derailment 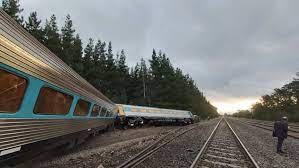 The Australian Transport Safety Bureau’s (ATSB) has handed down its interim findings into the derailment of the Sydney to Melbourne XPT service at Wallan on February 20, 2020, noting that the signaling on this stretch of the track dates back almost 150 years and effectively uses Morse code to communicate changes..

The interim report has confirmed that the rail signaling system at Wallan – used to direct railway traffic along the line – was a contributing factor in the accident, having been damaged by fire earlier that month.

The report also revealed that the track’s direction had been changed earlier that day, resulting in the XPT leaving the main track and entering the northern end of the Wallan passing loop at a speed probably between 114km/h and 127km/h.

I commend the steps taken by both the Australian Rail Track Corporation and NSW Trains following the investigation thus far, including improved communication between the two bodies as well as amendments to current safety procedures.

Significant analysis is still required before the ATSB can conclude its investigation but I hope this interim report gives long-awaited answers to the families and loved ones of the two men who tragically lost their lives, and also to the 155 passengers who were on board the train that day.

This puts signal operators in that section of the track under major pressure, as one human error could have fatal consequences.

More than a year after the tragedy at Wallan, it beggar’s belief that the Victorian Government has made no effort to upgrade this antiquated system.