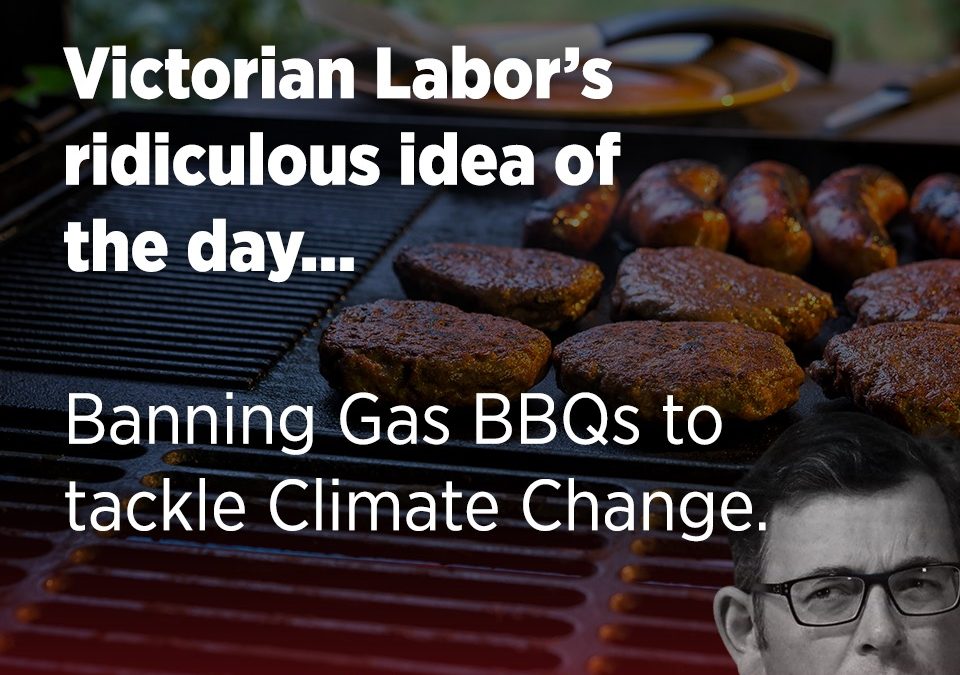 Reports today that inner-city councils and the Andrews Labor Government are planning to ban new gas connections shows just how out of touch they are.

Tim Forcey, a former oil and gas engineer and gas adviser to the Australian Energy Market Operator, was quoted in today’s Age saying, “If Victoria were to have any hope of meeting its net-zero target, it must remove 300 households from the gas network every working day between now and 2050.”

Transitioning 300 gas-using households to electricity each working day until 2050 will see approximately 2 million energy users require additional electricity. This is a tall order by any stretch when Macarthur Windfarm – Victoria’s largest windfarm and the largest windfarm in the southern hemisphere – is capable of powering just 180,000 average Aussie households.

At a time when the Andrews Labor Government has no plan for connecting Victoria’s six renewable energy zones to our energy grid, the proposal to disconnect Victorian homes from gas is rushed and ill-conceived. Labor’s Energy Minister needs to rule out this woke thought bubble that puts low-income earners, who are already hanging by a thread, at further risk of having their power disconnected.

Last week it was revealed that 3,454 Victorian homes and small businesses are having their electricity or gas disconnected because they have not been able to pay their bills, and a further 33,457 Victorians are saying they cannot pay for ongoing electricity or gas usage.

Everyone’s in favour of tackling climate change but, now more than ever, they want to know that alternative energy solutions are affordable and reliable.

The Andrews Labor Government needs to stop making deals with the Greens and urgently explain how low-income families are going to be able to put food on the table and heat their children’s bedrooms without gas during winter.

This government needs to start putting the interests of Victorians first.