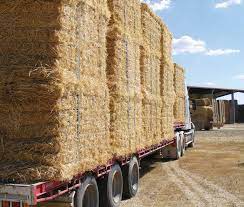 Minister for Road, Ben Carroll must categorically rule out adopting a recommendation to make huge increases to heavy vehicle registrations that will only hurt the back pockets of owner drivers and farmers.

A report from Austroads has recommended Governments increase registration fees for older vehicles in an effort to modernise heavy vehicle fleets.

But industry groups say the proposal is unfair and would make heavy vehicle ownership unaffordable for many owner drivers, especially for farmers who only use their vehicles for short distances a few times a year.

All it will do is help State Governments boost revenues, while leaving small business owners and farmers out of pocket.

The Andrews Labor Government must reject this unrealistic proposal and look at alternative ways to help heavy vehicle owners modernise their trucks.

Since elected, the Andrews Labor Government has increased or introduced 30 new taxes. When Labor runs out of money, it comes after yours.

“The Cleaner Freight Initiative had wide support across the freight industry and would have helped modernise the heavy vehicle fleet – but it was shelved by Labor with no explanation, even though it was their idea.

“This proposal will only serve to boost government coffers, while adding increased business costs to owner-drivers and farmers. In some cases it could cost up to $20,000 to register a truck.

“Roads Minister, Ben Carroll must stand up for small business owners and rule this inequitable proposal out and instead work towards fairer ways to help owner drivers move towards newer trucks.”