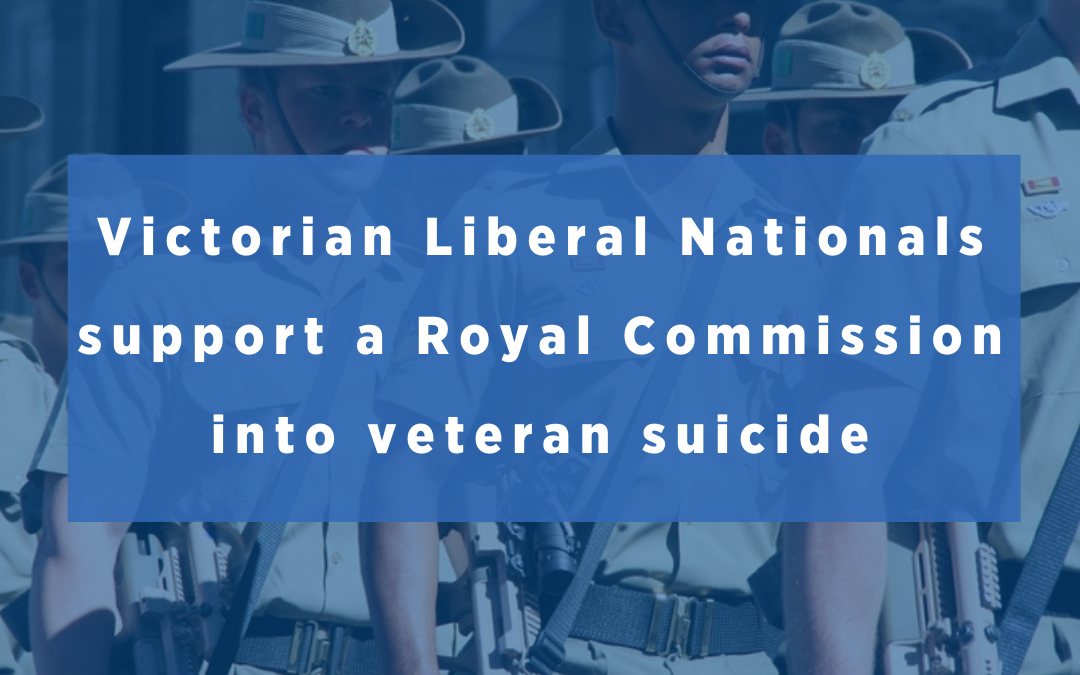 A Royal Commission into veteran suicide will save lives and change lives.

The Victorian Liberal Nationals have announced support for a national Royal Commission today, backing growing calls from RSL Victoria and the veteran community to take action.

A harrowing number of our ex-servicemen and women lose their life to suicide every year. Since 2001, it’s taken at least 500 lives.

Nine veterans lost their lives to suicide in October and November of last year alone, while in the first three months of 2021, 13 veterans have tragically taken their own lives. Each life lost is one too many.

The Federal Coalition Government recently announced a National Commissioner and while we support ongoing oversight such a position would provide, it is clear the veteran community is seeking a Royal Commission as a starting point and that is something we support.

A Royal Commission is our highest form of independent inquiry and it is this process that will give the veteran community the confidence to come forward and share experiences and challenges.

We must do more to support those who have served our nation, with an approach that not only delivers the intervention people need when they reach crisis point, but also in the years before they are at their most vulnerable.

This includes services available to veterans operated by the Victorian Government.

A Royal Commission is the first step in this process. By conducting this process at the Federal level, we can ensure an approach that takes into account the stories of all veterans – regardless of where they are from – and lays the foundations for a consistent response across the nation to this critically important issue.

We can’t afford to delay. Because one life lost is one too many.