Andrews’ desire to be liked on Facebook costs taxpayers 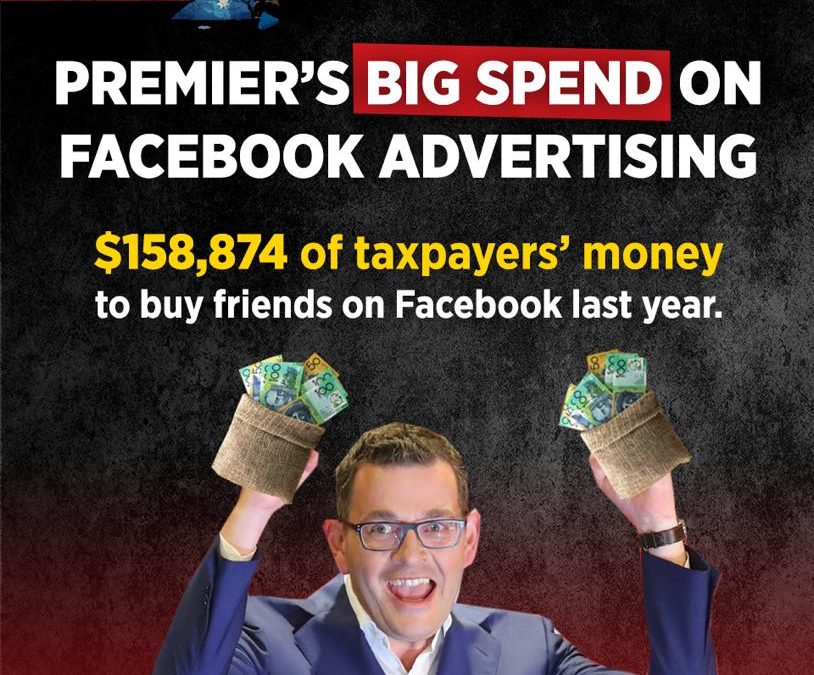 Victorian taxpayers have forked out more than $770,000 to pay for Daniel Andrews’ Facebook advertising.

It has been revealed in Public Accounts and Estimates (PAEC) hearings, that between 2019-20, Daniel Andrews’ Facebook spend was $158,874.

For the last five years this out of touch Premier has bought likes to boost his image and sell his spin.

The value of Premier’s Facebook advertising over five years is a whopping $770,393.

“Daniel Andrews is using Victorian taxpayer dollars as his own credit card to buy likes on Facebook, at the same time he’s asking struggling Victorian businesses to repay grants.

“Andrews is boosting his Facebook posts to make him appear more popular.

“Andrews’ $770,000 big social media spend simply doesn’t pass the pub test when so many Victorians have lost their jobs.”