Regional Victorians still in a State of Uncertainty

Nazi swastika must be banned 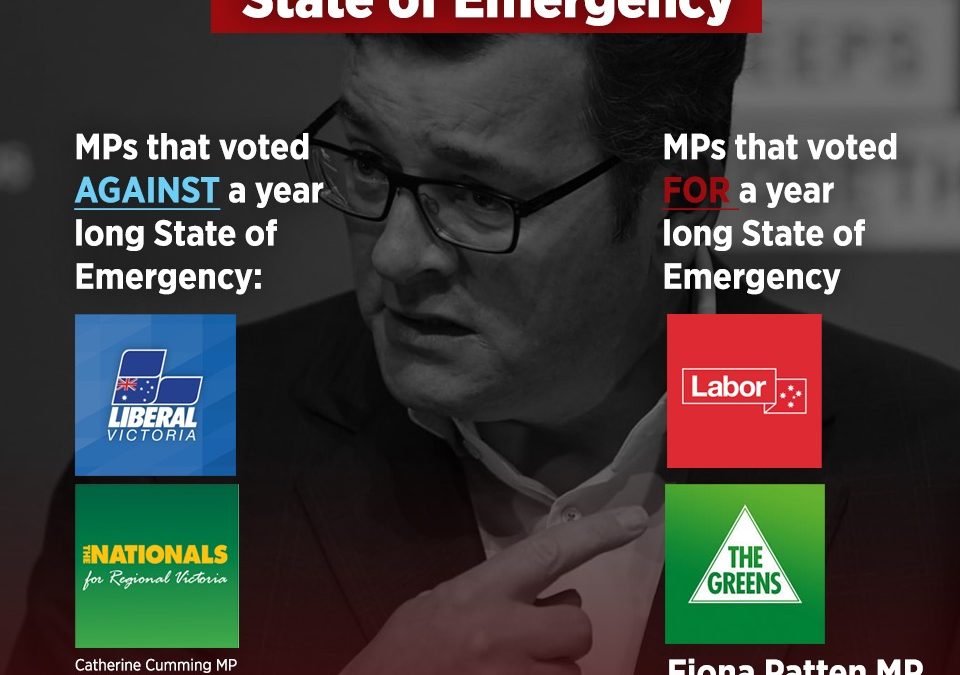 Regional Victorians won’t be spared the emotional, social and financial pain of future lockdowns, even if cases are confined to Melbourne.

Crossbench MP Fiona Patten, who recently formed a ‘Coalition’ with Mildura MP Ali Cupper, has claimed the Government agreed to make concessions in exchange for support on its nine-month State of Emergency extension, including a ‘traffic light system’ and a “nuanced” approachfor regional areas.

Health Minister Martin Foley confirmed in State Parliament today that no concession had been agreed to – despite Ms Cupper telling local media earlier in the day “different rules will be applied in regional Victoria”.

“This bizarre ‘he-said-she-said’ only confirms one thing – regional Victorians will be no better off with an extra nine months of Daniel Andrews having the State of Emergency powers,” Mr Walsh said.

“Ali Cupper and the Reason Party have sold out regional Victorians and are now trying to pull the wool over our eyes, but the Government has confirmed this dodgy backroom deal will deliver no certainty for country businesses and families.

“Daniel Andrews will say anything to hold onto power over people’s lives.

“The five-day lockdown destroyed steps country communities had taken towards recovery, despite the cases being confined to Melbourne.

“Victoria has become the state of uncertainty under Daniel Andrews’ policy of snap, statewide lockdowns.”

Tourism, accommodation and hospitality businesses recently came together in a letter to the Premier pleading for a targeted approach to lockdowns.

“It’s not only the impact lockdowns have on local people with closures of schools and businesses, but it’s also the impact on the visitor economy,” Mr Walsh said.

“We’re seeing this uncertainty hold people back from planning a trip in regional Victoria.

“This is set to continue for nine more months now with nothing to force the government to be transparent or accountable on its spending or decision-making.”