We need some common sense on ANZAC Day parade bans 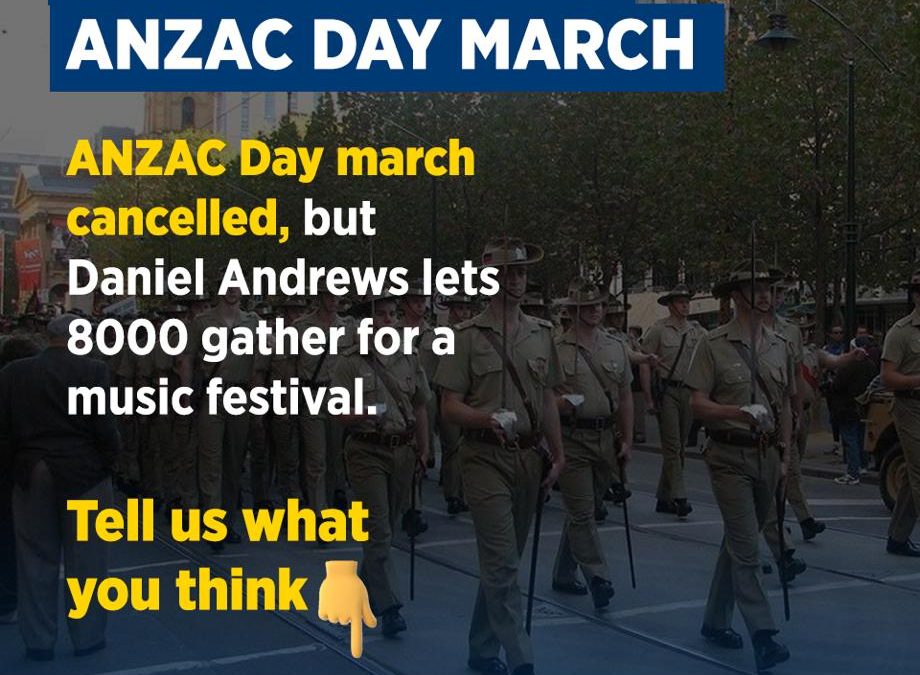 With news the decision cancel March’s Moomba festival has been overturned after intervention from the State Government, the Victorian Liberal Nationals are calling for a re-think on the cancellation of the ANZAC Day march in late April.

Major Events Minister Martin Pakula on Friday labelled the decision to cancel the Moomba festival – which is held over the March Labour Day weekend – “premature”.

After the cancellation of last year’s Remembrance Day services, the decision to cancel Melbourne’s ANZAC Day march earlier this month due to coronavirus was disappointing to many.

The announcement sparked considerable feedback that the call had been made so early.

Every year on April 25, the anniversary of the Gallipoli landing, we take time to remember those who fought and made the ultimate sacrifice in all theatres of war. It is an important day for many.

If the State Government can intervene on an event like the Moomba festival to be held in March, it should also be looking at ANZAC Day more than six weeks later, in a similar light.

We must take every precaution to keep Victorians safe, particularly those who are most vulnerable – including our veterans – but if we can hold a Moomba Festival there should be every effort made to hold a safe ANZAC Day march, which could have certain restrictions applied to ensure the welfare of those attending.