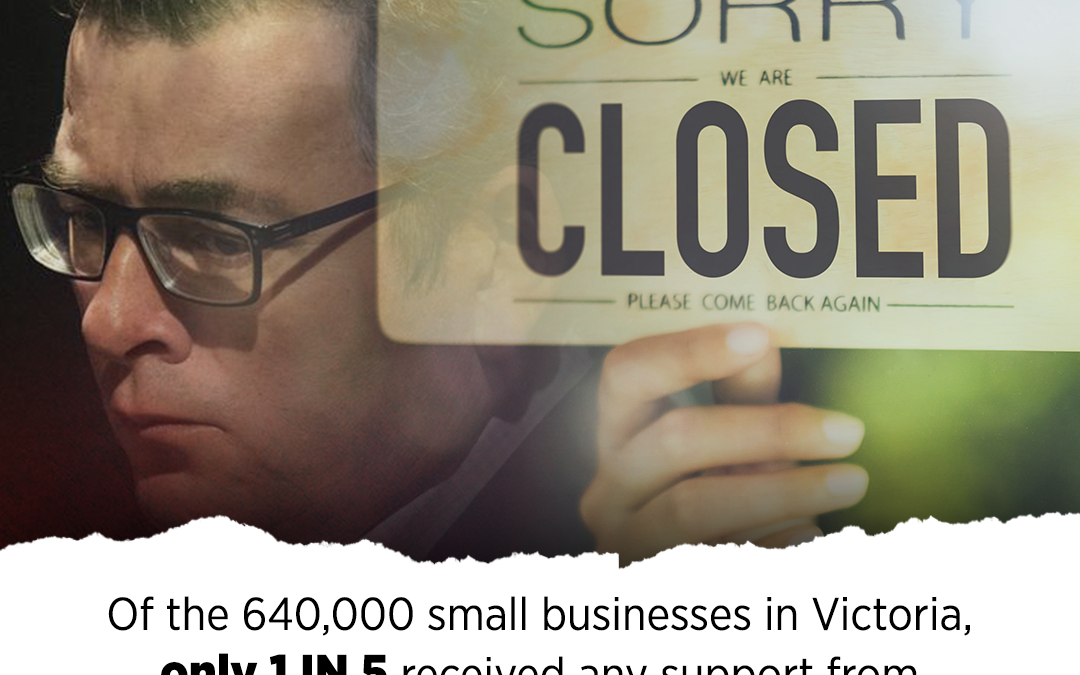 Daniel Andrews has dismally let down mum and dad businesses, failing to support them in a timely and fair way.

Of the more than 600,000 small businesses in Victoria, the Andrews Labor Government has claimed to have only supported around 129,000 businesses of all sizes in Victoria – less than 22 per cent.

That’s despite the Andrews Labor Government causing their financial problems in the first place through its bungled Hotel Quarantine program and botched contact tracing operation, which led to Victoria’s second wave of coronavirus.  Labor’s mistakes resulted in 801 deaths, more than 200,000 jobs lost and millions forced to endure the harshest lockdown in the country for 111 days.

The Liberal Nationals can reveal:

“During Victoria’s harsh second wave lockdown we were inundated with complaints from business owners unable to access support. The few getting support complained of waits of up to two months.  That’s simply not good enough.

“Critical financial support was too little, too late for tens of thousands of family business and sole traders, many who were destroyed by Daniel Andrews and his inaction.

“Small businesses are the backbone of the Victorian economy but Andrews focus remains on the protecting the unions which are his major political donors.”

Leader of the Opposition and Shadow Minister for Small Business, Michael O’Brien

“The Andrews Labor Government must immediately review its criteria for business support and aim to broaden its eligibility criteria.

“Andrews needs to consult with the tourism and hospitality sector to determine the best ways to distribute the vast sums of unallocated budget support, for those businesses who’ll continue to be affected by COVID-19 restrictions into 2021.

“We’re calling on the Andrews Labor Government to present to the Parliament a final summary of funds expended and detailed statistics of businesses supported for all of the 20 programs it has announced.”