Another industrial fire on Labor’s watch 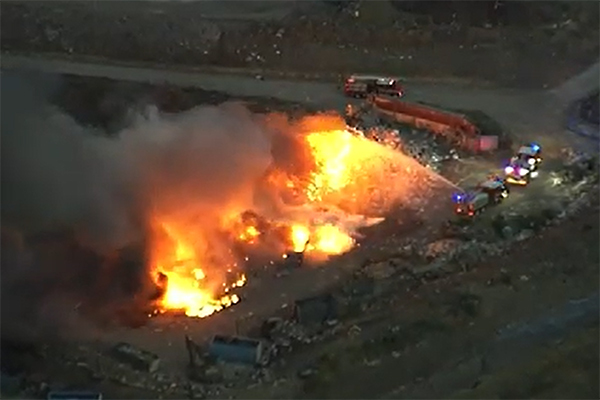 ​Today’s industrial blaze at the Brooklyn tip is the latest in a spate of industrial fires over Melbourne’s northern and western suburbs over the last four years.

Seventeen suburbs in Melbourne’s west have been put on high alert following the smoke covering the area.

It’s outrageous and completely alarming that industrial fires keep occurring on a regular basis all over the outer suburbs of Melbourne putting the health and environment of the local community at serious risk.

An independent review undertaken by Ernst and Young last year made scathing findings of the EPA’s failure to protect the Victorian community from hazardous waste.

Since then, in a major embarrassment, the EPA was forced to admit it had unlawfully approved plans to dump millions of tonnes of toxic PFAS soil on the doorsteps of residents and schools in Bacchus Marsh and Bulla. Soon after, the EPA’s CEO resigned on New Year’s Eve, throwing the regulator into chaos.

It’s clear that neither Daniel Andrews or Labor are up to the job in keeping communities safe from industrial waste and protecting our environment.

I am calling for an independent inquiry to be undertaken into how and why these major industrial waste fire events keep occurring and the impact they are having on our local communities and environment.

“It’s alarming how regularly hazardous industrial waste fires occur across Melbourne under the watch of Daniel Andrews and Labor.

“Labor is disgracefully leaving local communities exposed to the risk of hazardous smoke and the pollution of air and waterways.

“It’s clear the Andrews Labor Government has completely lost control of the management of industrial waste in Victoria and its environmental regulator, the EPA, has been completely asleep at the wheel.

“The Liberal Nationals are calling for an urgent independent inquiry into to how and why industrial waste fires keep occurring all over Melbourne.

“We must prioritise protecting local residents from further environmental harm and today’s fire exposes the major flaws in our environment protections. Victorians deserve answers on why these fires keeping happening.”