Victoria only state to have fewer jobs on offer 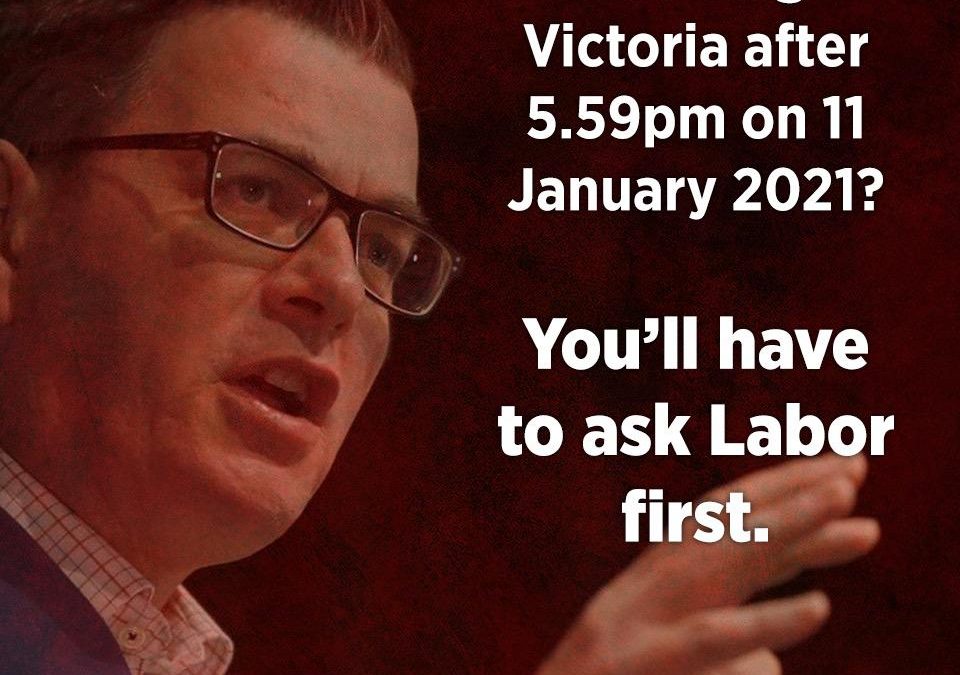 Despite announcing the new permit system would be live from 6pm last night and that returning travellers would face a $5,000 fine if they entered Victoria without a permit – hours after this deadline Labor’s website to apply for a permit still wasn’t live.

After days of chaos, confusion and challenges in applying for an exemption to return to Victoria – this failure to get the basics right is yet another kick in the guts to struggling Victorians who just want to get home.

This permit failure follows the rushed closure of the NSW border on New Year’s Eve, which triggered up to 60km traffic backlogs, 6 hour waits across border checkpoints and a spike in Victorians being placed in mandatory hotel quarantine.

Daniel Andrews’ border closure with NSW has been mismanaged from day one and left ordinary Victorians confused, frustrated and being treated like second class citizens.

“Daniel Andrews’ permit failure is a kick in the guts to stranded Victorian families who are just trying to do the right thing and get home.

“Labor’s botched traffic light system has is more of a stop sign and has left stranded Victorians being treated like second class citizens.

“Yet again we see Daniel Andrews putting the cart before the horse and leaving chaos, confusion and disappointment in his wake.”