Andrews’ public housing lockdown not based on health advice

Time for Andrews to act and protect Victorians from quarantine risk 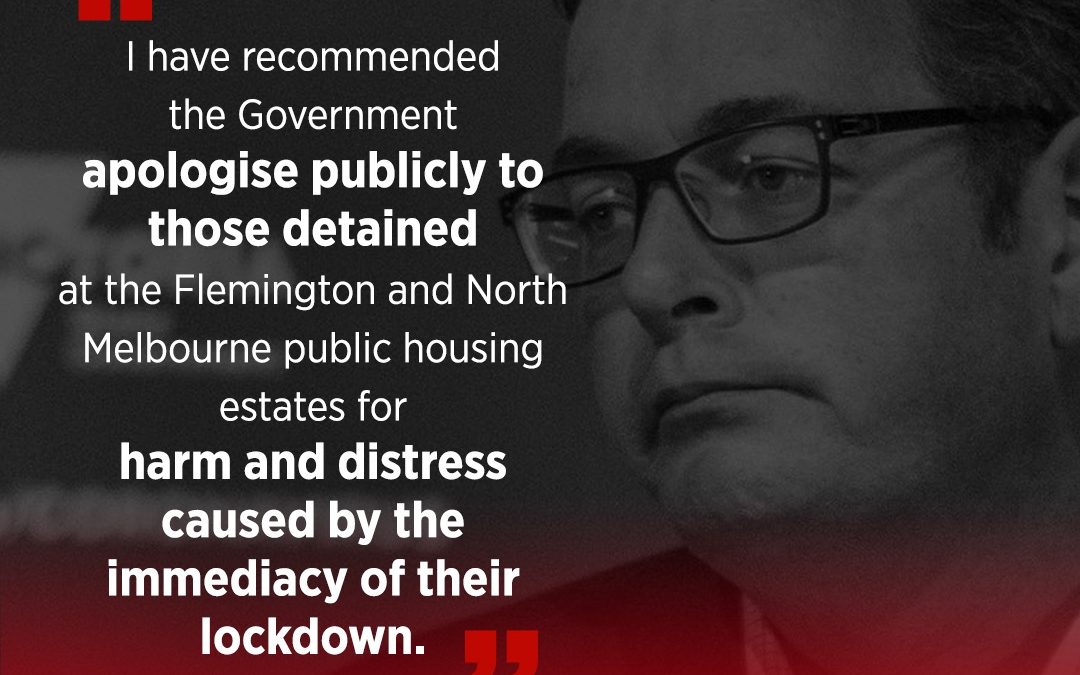 There’s been another shocking revelation of a captain’s call made by Daniel Andrews’ Crisis Cabinet ‘gang of eight.’

Victorian Ombudsman Deborah Glass has found that Daniel Andrews’ call to lock down public housing towers in Flemington and North Melbourne without warning, wasn’t based on direct advice from the Deputy Chief Health Officer.

Then Deputy Chief Health Officer, Doctor Annaliese van Diemen, told investigators she wasn’t even consulted on the issue and that delaying the operation would not have made a ‘hugely significant difference’ to the longer-term consequences of the outbreaks.

The Liberal Nationals are calling on Daniel Andrews to come forward and reveal the truth – he must prove that his numerous rigorous restrictions were based on public health advice.

The Ombudsman has also urged the Andrews Labor Government to apologise to residents for the impact the immediate detention had on their health and wellbeing, finding the last-minute decision violated the human rights of about 3000 tenants.

“Daniel Andrews has been caught out putting political optics ahead of the human rights of vulnerable Victorians. It’s only through this Ombudsman’s report that we’ve learnt it was actually the COVID ‘gang of eight’ who made the call to lock down residents without warning.

“Andrews claims that every pandemic decision has been made on public health advice. Clearly, that’s not true as the Deputy Chief Health Officer never called for a lockdown without notice.

“The Ombudsman has exposed Labor’s breach of human rights as well as Labor’s Red Shirt rorts. The Premier’s response – to attack the Ombudsman and cut her budget – are the actions of a bully.”

Leader of the Opposition, Michael O’Brien

“Vulnerable public housing residents were confused, upset and left without basic human needs. The Andrews Labor Government acted rashly and without even consulting the Deputy CHO.

“This government doesn’t think things through and that leads to chaos. It’s just another example of Labor bungling the pandemic response.”