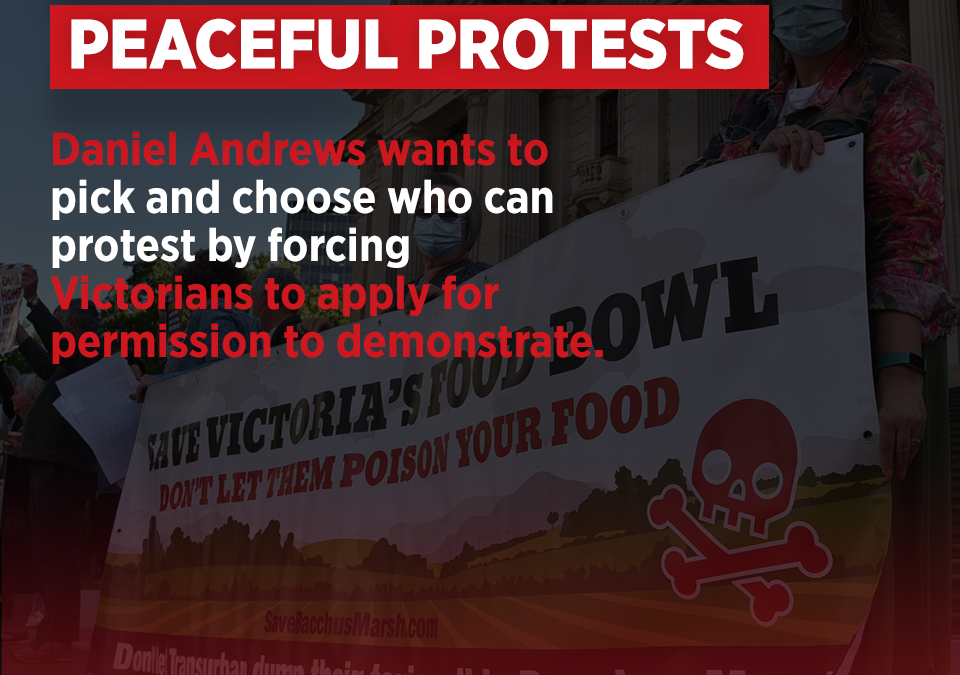 Victorians could soon have to apply for permission from the Andrews Labor Government should they want to demonstrate or protest under new plans being developed by the Government.

In an affront to democracy, this morning Victoria’s Chief Health Officer Brett Sutton confirmed that the Andrews Government is planning to soon introduce a permit system for public protests and demonstrations to take place.

The Leader of the Government in the Upper House, Jaclyn Symes was unable to provide details about the secret plan in Question Time today but she failed to rule out the introduction of a such a system.

It would mean that peaceful protests, such as the one held on the steps of State Parliament today by Bacchus Marsh residents against the dumping of toxic soil, could be made illegal.

Daniel Andrews must urgently rule out this plan which puts a cornerstone of Victoria’s free and democratic system, at risk.

It follows Andrews’ attempts to silence independent government watchdogs with aggressive funding cuts to both IBAC and the Victorian Ombudsman, who are currently carrying out separate investigations into his Government.

“Daniel Andrews has become so arrogant that he is considering silencing anyone who has opposing views.

“This secret plan to introduce permits for demonstrators is a blight on Victoria’s freedom and democracy.

“Everyone has the right to have their say in this great state. If Daniel Andrews introduces a permit system, his government would have the final say on who can and can’t protest.”