Our plan to rebuild the CFA: community consultation begins 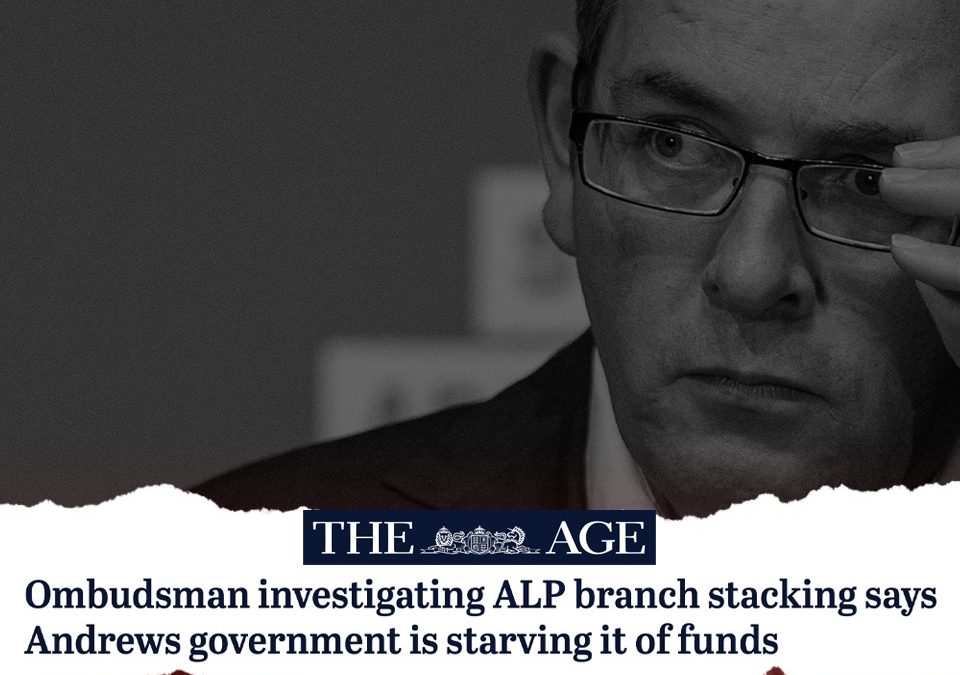 Daniel Andrews has slashed funding to another government watchdog investigating his party – this time about a 30 per cent funding cut to the Victorian Ombudsman.

The Age revealed today that the Victorian Ombudsman’s budget has been slashed by about $2 million.

The Victorian Ombudsman is currently investigating the Andrews Labor Government’s decision to lock down public housing towers without any notice and regard for human rights during the pandemic and Labor’s branch stacking.

IBAC currently has at least three open investigations involving Daniel Andrews’ Labor Party including its dealings with a dodgy property developer, three Andrews Government ministers with allegations of branch stacking within the Labor Party, and the ongoing probe into the long-running CFA pay dispute that also includes an investigation into the relationship between the Labor Government and the United Firefighters Union.

“Daniel Andrews has chosen to slash the funding of those organisations with the authority to shine a light on corruption within his Labor Government.

“When Andrews cuts the budgets of these anti-corruption bodies that have a number of investigations into alleged corruption within Labor, Victorians should have concerns.

“Victorians would have every reason to question the integrity of the Andrews Labor Government when it takes the scalpel to government corruption bodies.

“We cannot allow this to become the norm under Daniel Andrews and the Liberal Nationals will continue to fight for accountability and transparency within government.”