Statement on easing of COVID restrictions 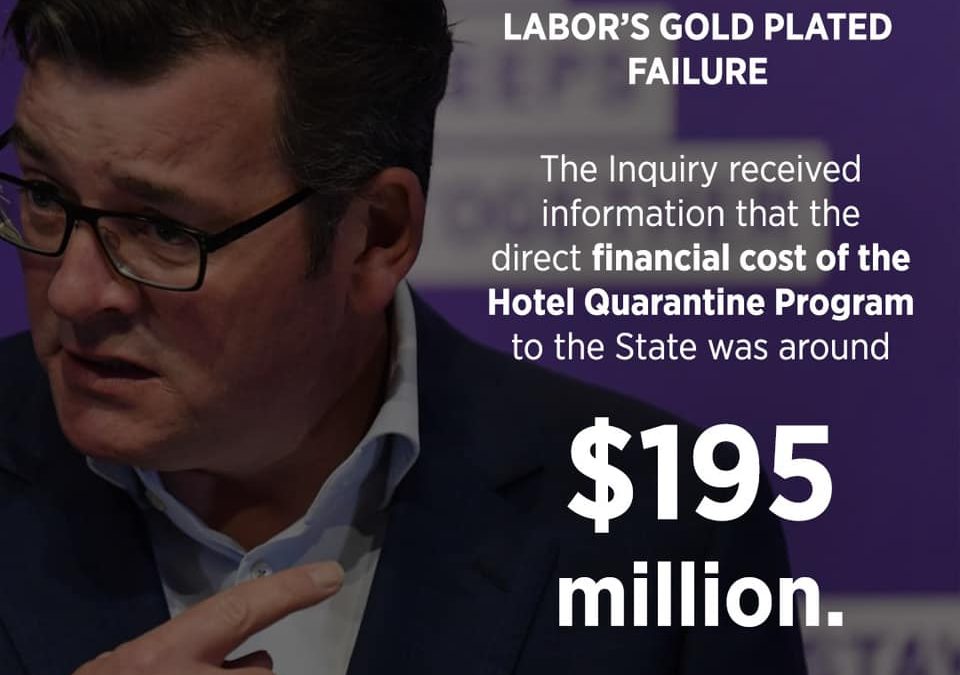 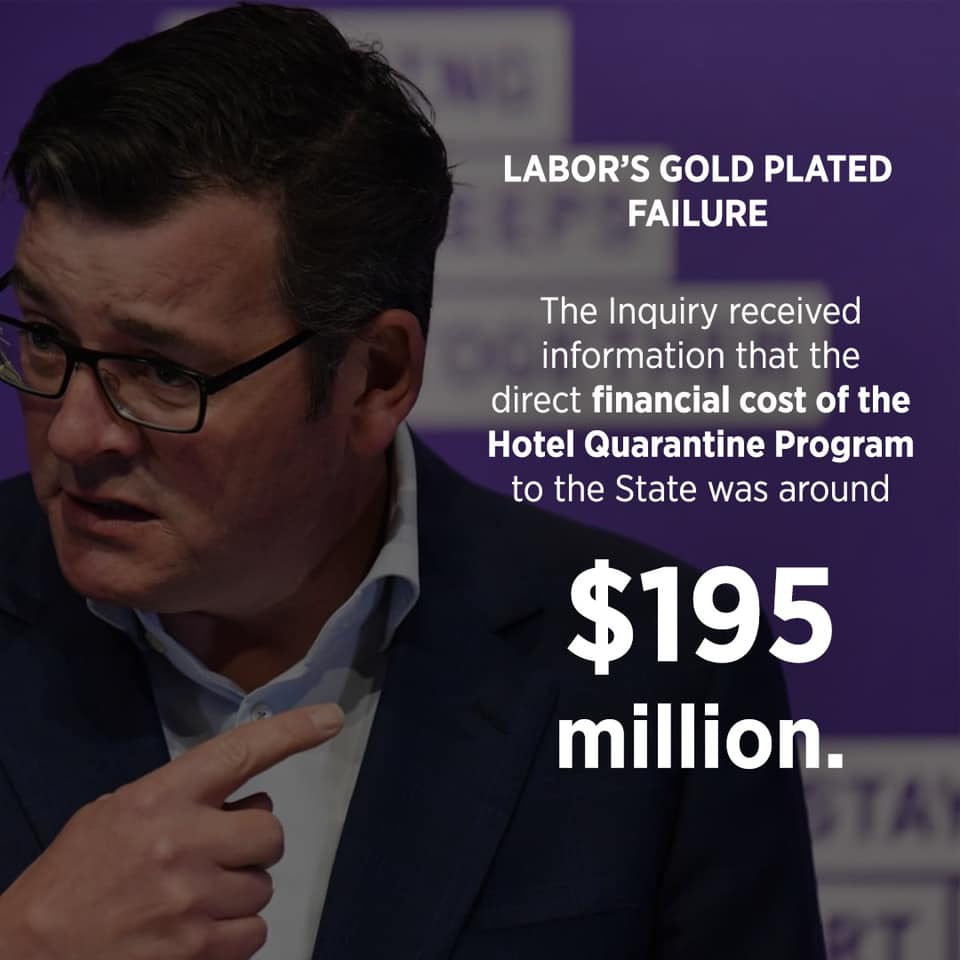 Today Victorians should have received the Hotel Quarantine Inquiry final report. But we didn’t. Too many witnesses have lied or covered up or withheld evidence.

Now Victorians have to wait another six weeks with no guarantee they will find out the truth about this scandal.

The interim report is deeply disappointing as it fails to identify what mistakes were made by the Premier, his Labor ministers, ministerial staff and top public servants. How can the problems be fixed in any new hotel quarantine program until the failures of the former program are spelled out?

A $10 million inquiry has found that if a state government is going to operate a hotel quarantine program, they should do it with trained people who know what they are doing. Really? Anybody on the street could have come to the same conclusion.

Victorians would be bitterly disappointed to learn that $195 million was spent on the state’s biggest public policy failure leading to 800 deaths, hundreds of thousands of jobs lost and millions locked in their homes.

How is it possible to spend so much money to get it so wrong and fail each and every Victorian?

That the Andrews Labor Government paid over $500,000 to a hotel that did not house a single returned traveller, before going broke – leaving staff and local small businesses without payment – is just one example of the extravagant waste of this program.

The final report will not be handed down until 21 December; just four days before Christmas.

There is still time for the Hotel Quarantine Inquiry to do the right thing, recall witnesses whose evidence has been discredited, and call on security companies that volunteered statements which the Inquiry has so far ignored.