Victoria falls again in State of the States economic rankings 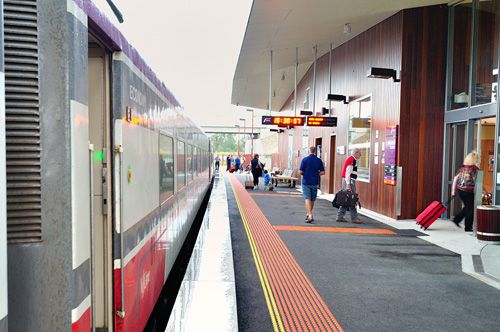 Minister for Transport Infrastructure and Minister for Public Transport at the time of the November 2016 appointment of James Pinder to the role of CEO of V/Line, Jacinta Allan, must come clean about what she knew about, and whether she approved, the appointment.

It defies belief that Ms Allan, as Minister for Public Transport, would not have involved herself in, including having the right to veto, the appointment of Mr Pinder to a position of such central importance to the transport portfolio.

It is also clear that the alleged corrupt activity at V/Line occurred in 2018, on Ms Allan’s watch as Minister for Public Transport where she was clearly asleep at the wheel.

Ms Allan remains the lead minister at the Department of Transport, agencies and personnel of which are alleged to undertake corrupt deals using burner phones.

“Under Labor, V/Line has gone from scandal to scandal, and millions of dollars of taxpayer money has been squandered.

“Labor’s lead Transport Minister, Jacinta Allan has shown she’s simply not up to the job.

“How many more budget blowouts and scandals will Jacinta Allan allow to occur on her watch?”