New Federal funds could open the floodgates to Big Buffalo

Daniel Andrews to face no confidence motion this week 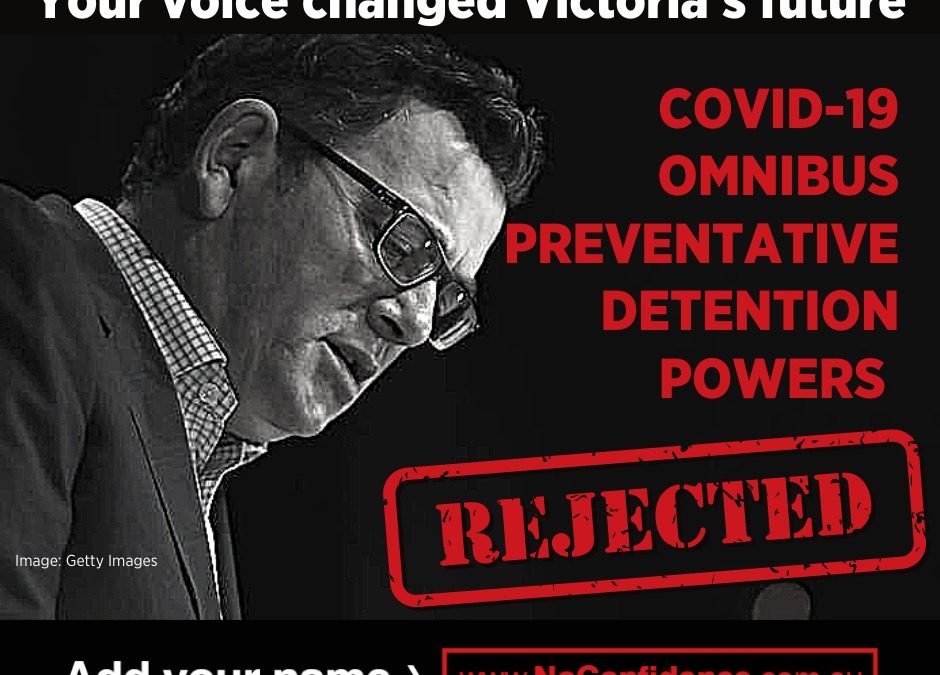 Daniel Andrews and his government yesterday abandoned their latest shocking power grab and will now seek to amend their COVID-19 Omnibus bill.

This back down is not the result of the Andrews Labor Government seeing reason, but was a direct result of community pressure and advocacy from the Liberal Nationals.

MPs have received tens of thousands of messages from concerned Victorians over the past two weeks, expressing their severe concern for these measures that would have violated the rights and freedoms of Victorians.

Daniel Andrews’ Omnibus bill would have given anyone of his government’s choosing the extraordinary power to indefinitely detain a person they think might not follow a public health direction in the future.

The powers that Daniel Andrews wanted to invest in his “Authorised Officers” were absolutely outrageous.

The fact that Daniel Andrews even attempted to pass such a draconian law just demonstrates that his lust for power is out of control.

Daniel Andrews should have listened to the former judges, the lawyers and human rights experts that said these laws were a massive overreach weeks ago.

The Liberal Nationals will continue to fight against Labor’s attempts to undermine the rights and liberties of Victorians and will heavily scrutinise Labor’s amendments to the Omnibus bill.

Victorians have lost confidence in Daniel Andrews and his government with their repeated and unwarranted power grabs.

Comments attributable to the Leader of the Opposition, Michael O’Brien:

“Daniel Andrews’ power grab in Labor’s Omnibus bill was nothing short of outrageous.

“The Liberal Nationals will fight against Daniel Andrews’ repeated and excessive attempts to seize greater powers over the lives of Victorians.

“Daniel Andrews has shown he can’t be trusted with the power he’s already got. How on earth could Victorians trust him with even more power?”