Regional train passengers have been caught in the middle of Daniel Andrews’ ugly pay dispute with the state’s transport union.

Reports this week confirmed strike action will derail travel in the lead up to the busy Christmas period, as the Andrews Labor Government wars with the Rail, Tram and Bus Union over pay negotiations.

Overtime bans and rolling stop work action across all regional rail lines will take place from December 11 to December 20, including 24 hour stoppages that will see all train services cancelled.

For Benambra, D-day is December 18.

It comes on top of the constant delays and cancellations already faced by regional passengers.

I recently asked the Minister for Public Transport Hon. Melissa Horne to clarify where the Labor Government was at with the much-promised but under-explained new rolling stock for the North East.

It appears they are still in the design phase and considering the feedback from the invite only consultation at Wangaratta in September. Labor are still promising delivery by 2021 but there has to a serious question as to whether that can be achieved. 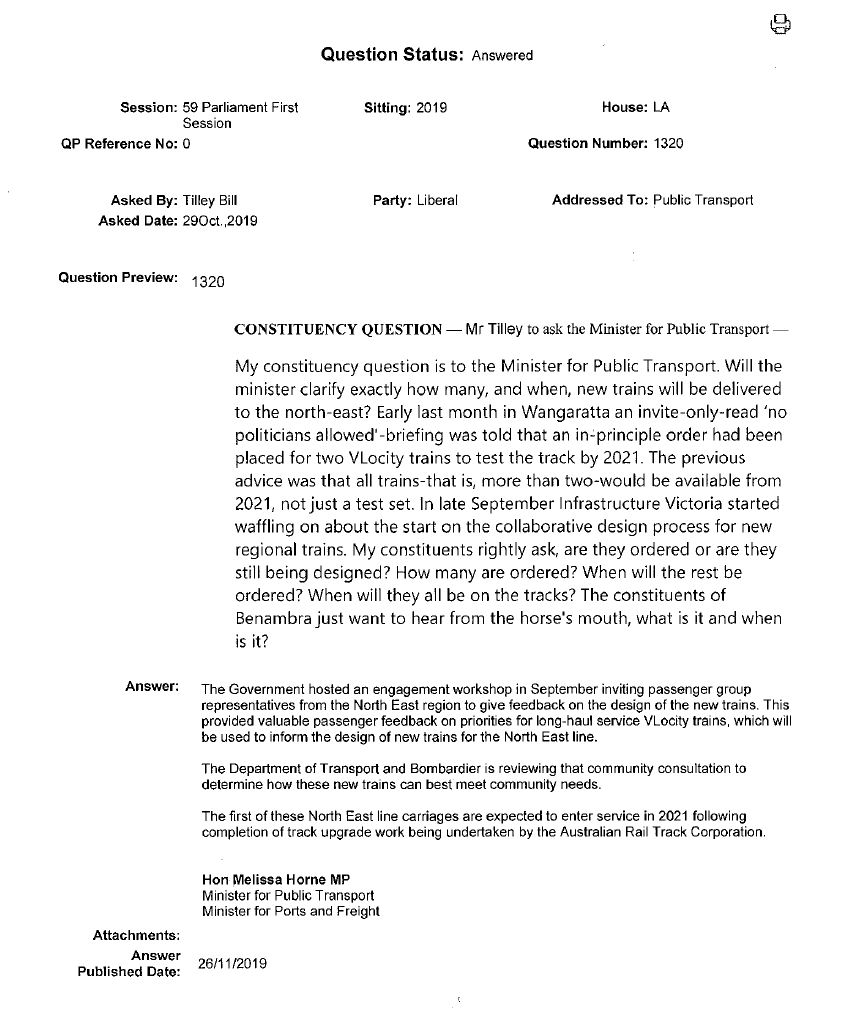 Regional train passengers already put up with constant delays and cancellations to services, but it’s set to get a whole lot worse because of the industrial chaos under Daniel Andrews.

Regional passengers deserve to be able to go about their lives and enjoy the holidays without being stuck in the middle of this ugly dispute that Daniel Andrews is washing his hands of.

Before the election, Daniel Andrews marched in the streets with his union mates, now they want money he has wasted elsewhere, and it’s country passengers who are caught in the crossfire.