The IBAC Committee handed down its report with bipartisan support in August 2018 which would strengthen IBAC’s powers to investigate political and police corruption and misconduct. 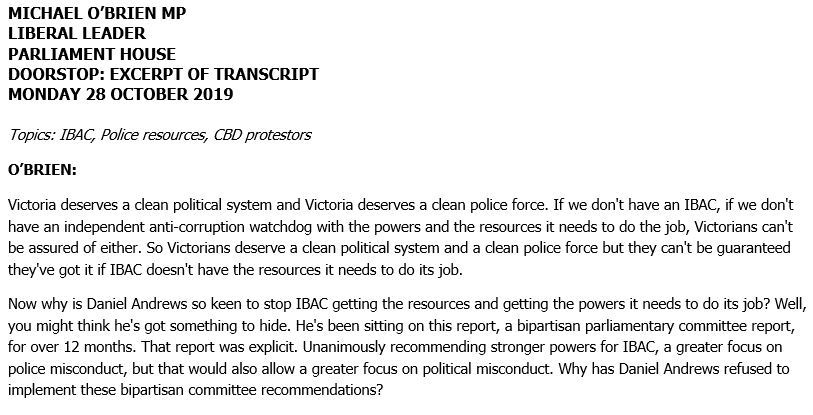 “Victorians deserve a clean political system and the most professional police force in Australia.

“However, Daniel Andrews has refused to back this bipartisan preliminary report demanding strengthened powers and resources for the anti-corruption watchdog.

“Reports that Labor Ministers are fighting over these recommendations shows that this government is dysfunctional when it comes to cleaning up political and police misconduct.

“Given the array of scandals that Daniel Andrews’ Government has been involved with, you have to ask if the Premier’s refusal to beef up IBAC is a matter of self-protection?

“Politicians and police have roles of authority and trust in Victoria. It’s only fair that the anti-corruption watchdog has the power and the resources necessary to deal with serious abuse of that power.”