Reports that Victoria is on the brink of a health funding crisis that would force public hospitals to cut the number of patients treated is another blow for the thousands of Victorians already languishing on hospital waiting lists.

Before the 2018 State Election, Daniel Andrews and Labor promised Victorians the world in health but now the true cost of Labor’s inability to manage money is becoming clear. 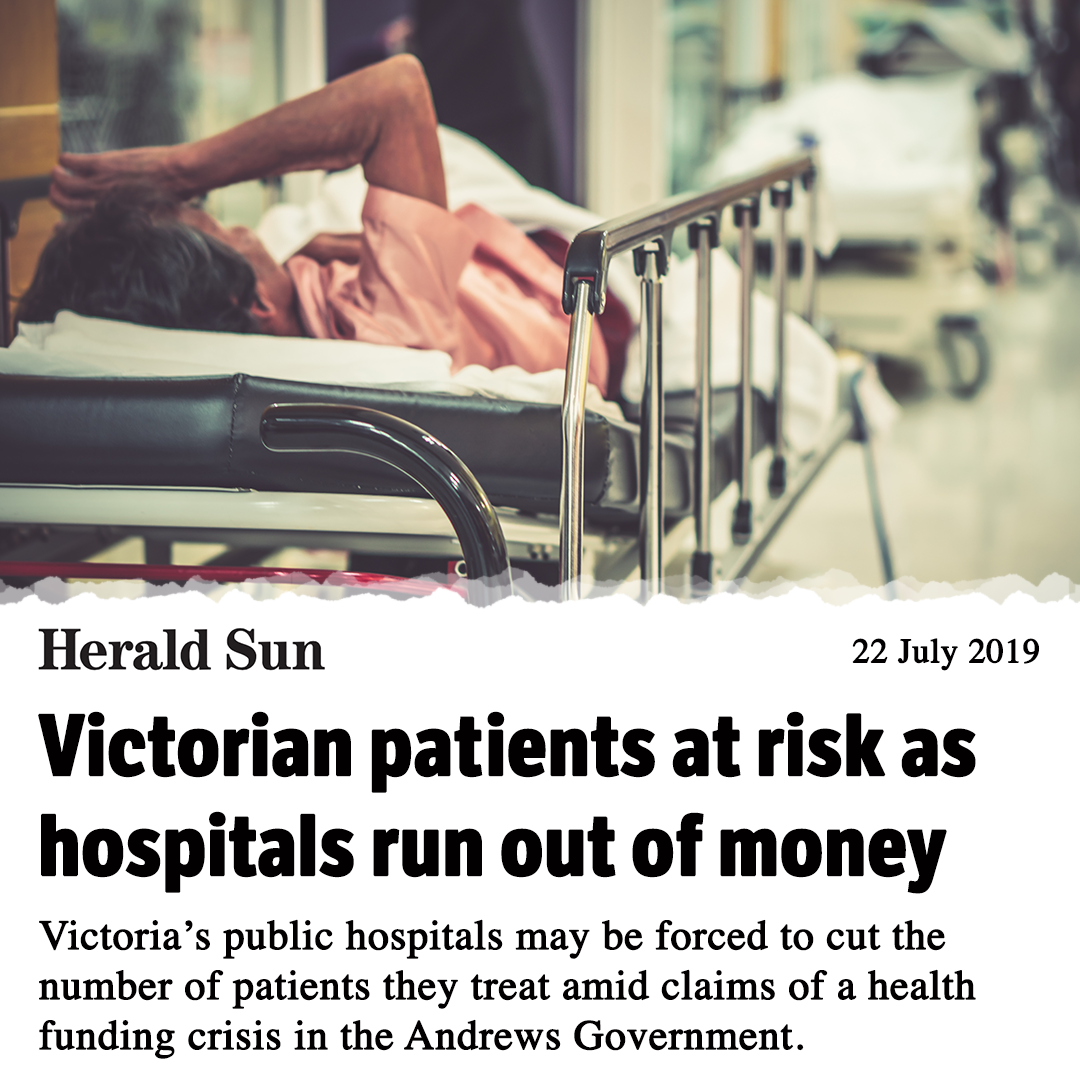 Victorian public hospitals have now fallen victim to Daniel Andrews’ inability to manage money, with major hospitals facing shortfalls of between $20 and $35 million over the next year.

Victoria is the highest taxing state in Australia and despite introducing over 20 new and increased taxes since first elected, Daniel Andrews just can’t find the money to fulfill his election promises and to adequately fund health services.

As the saying goes, don’t listen to what Labor says, look at what Labor does.