Victoria’s recycling crisis is set to get worse as it has now been revealed more than 22,000 tonnes of household recycling was dumped into landfill earlier this year.

Under questioning from the Liberal Nationals during the Public Accounts and Estimates Committee, the Andrews Labor Government was forced to reveal on Tuesday the extraordinary waste from our first recycling crisis.

The 22,000 tonnes of recycling sent to landfill is the equivalent of all the garbage collected in a single year at 11 Melbourne Cricket Grounds.

That includes all the paper, cardboard, glass, plastic beer and wine cups, soft drink bottles and coffee cups collected after every football and cricket match at the ground.

The Liberal Nationals developed the Statewide Waste and Resource Recovery Infrastructure Plan in 2014 which had proactive solutions to tackling recycling in Victoria, but the Andrews Labor Government has failed to implement those key solutions.

Victoria’s recycling crisis is the fault of Daniel Andrews and his government and now is the time they must take immediate action to fix it. 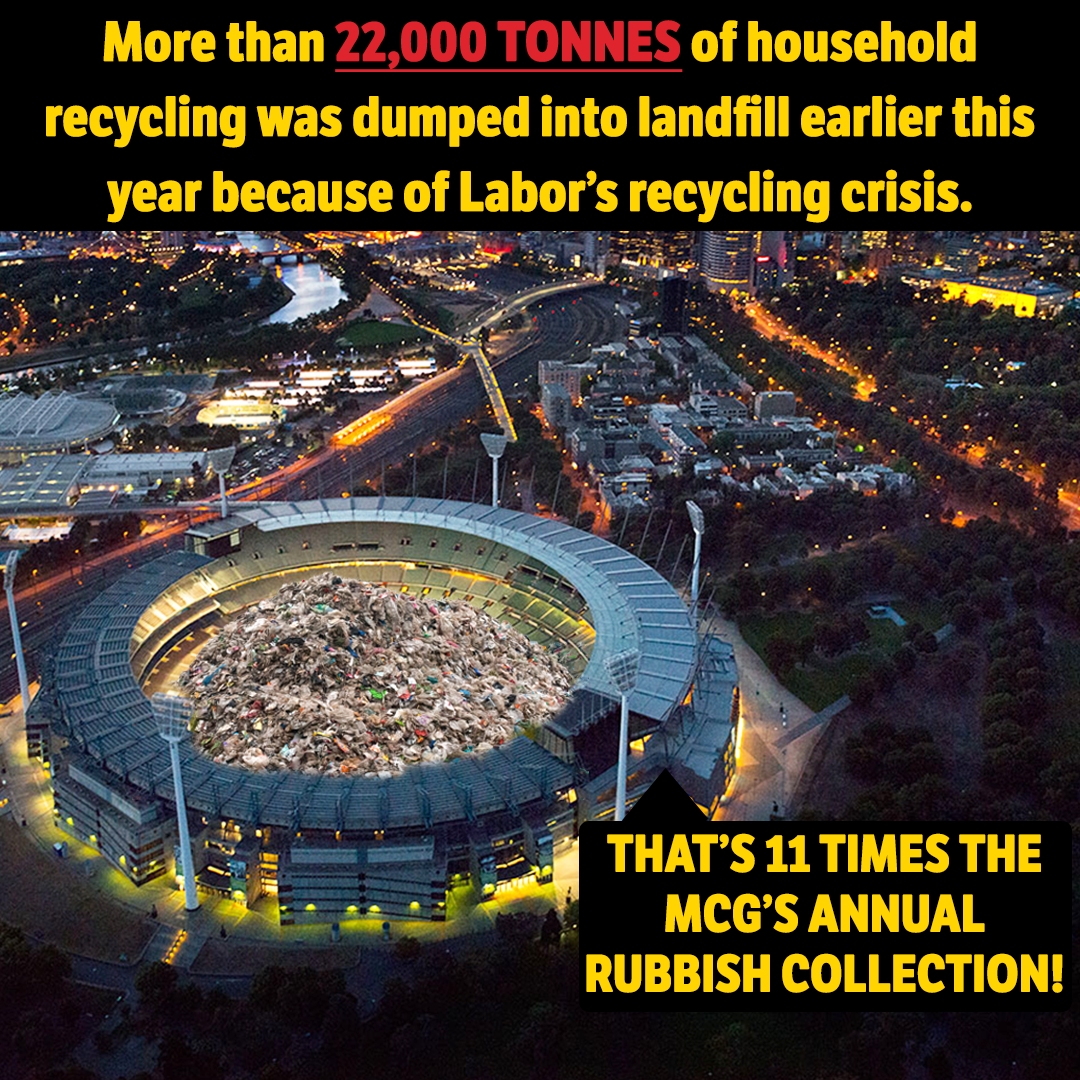 “Victoria has a recycling crisis with stockpiling issues, suspension of licences, industrial waste collectors going into administration and a government missing in action.

“Victorians recycling their household waste do so in good faith but have been let down by a Labor Government that claims to be for the environment, but really just doesn’t care.

“Labor must stop hiding away from this crisis. With half a billion dollars sitting in the sustainability fund, the time for talk is over and the Andrews Labor Government must act now to fix this mess.”