Andrews on standby as country Victoria struggles for growth

Instead of moving towards one million people fishing by 2020, the number of recreational fishers has sunk by 35,520 since Target One Million launched in 2015.

It follows the Andrews Government’s up to 66 per cent hike in licence fees at July 1, 2016.

Last week, the Andrews Government was in denial with Fishing and Boating Minister Jaala Pulford claiming the RFL figures are “not an accurate reflection of fishing participation”.

But all anglers are legally required to have a licence while fishing, with exemptions only for people under 18 and over 70 years of age, for traditional owners, and for holders of some concession cards. 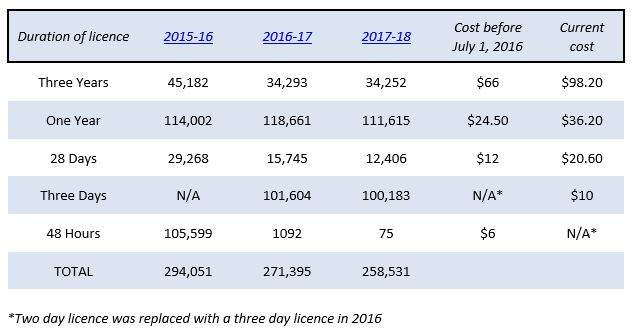 Labor’s wading around for excuses when it should be providing recreational fishers with an explanation on why it’s failing to deliver, despite spending $46 million.

For Jaala Pulford to question the accuracy of her own department’s figures shows just how desperate Labor is to hide the truth – Labor’s fishing license price hikes have caused Target One Million to flounder.

Recreational fishing provides so much both socially and economically for communities in Regional Victoria, but under Labor less, not more, Victorians are taking part.