REPORTS released yesterday show that more than 60,000 Victorian customers had their power cut off last financial year, up 51 per cent on the previous year, while the average level of debt reached almost $1500 as prices increased 16 per cent.

There’s no point Daniel Andrews blaming energy companies if he’s not also prepared to admit that he shouldn’t have forced the closure of the Hazelwood power plant.

Once again, the Andrews Labor Government are trying to blame everyone else for a problem they largely created. 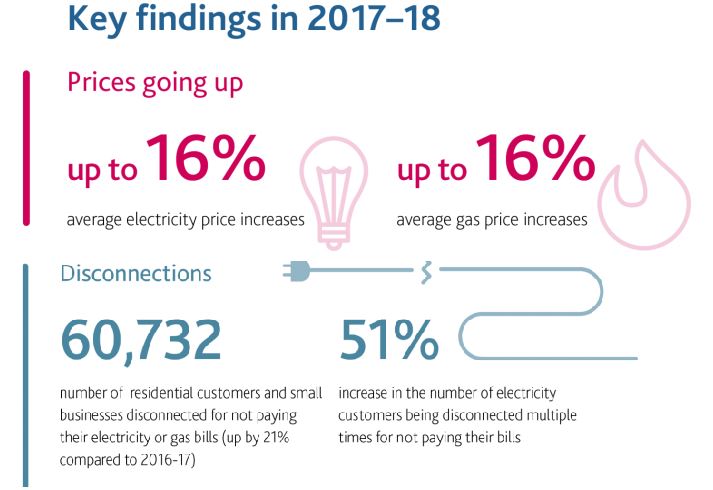 There’s no greater proof that the cost of living crisis under Labor is biting, with more than 60 000 Victorians having their power cut-off in the last financial year.

Families continue to struggle to pay their ever increasing power bills, whilst also being slugged with more and higher taxes by Daniel Andrews.

Since Daniel Andrews forced the closure of Hazelwood in March 2017 power prices have skyrocketed, with more and more Victorian families unable to keep the lights on.

Daniel Andrews and his Energy Minister need to realise that just talking about reducing electricity prices doesn’t make it happen.

Victorians deserve a government that will fight to ease the cost of living, rather than just paying lip service to ever increasing power prices.