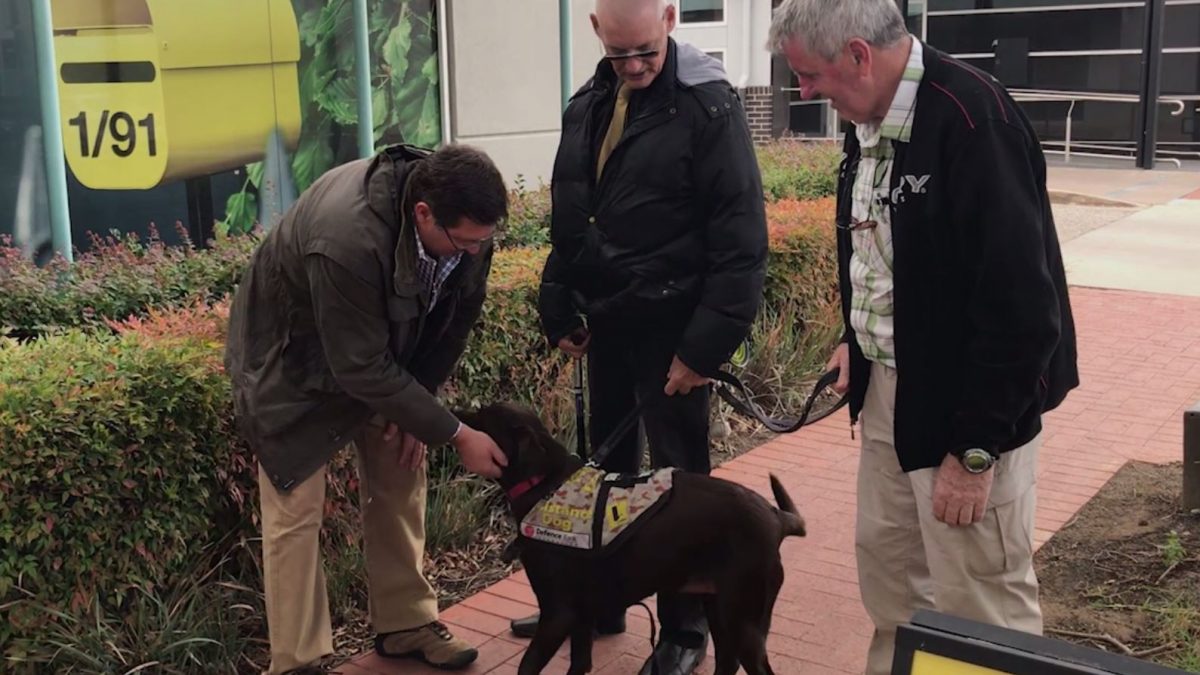 Daniel Andrews has lost control of population and as a result crime has never been worse.

Our hardworking police and emergency workers are having to deal with the consequences of this crime wave.

Rescue dogs will be trained in Victorian prisons and donated for use as companion therapy assistance dogs for former Police & Emergency Management and Defence personnel in need of PTSD support.

The training of companion therapy assistance dogs has proven to be effective in helping former defence and first responders to manage PTSD and other psychological injury.

The Liberal Nationals will continue to support our Police & Emergency Management and Defence personnel who have given so much to keep their community safe, even after they retire.

Companion therapy assistance dogs have the ability to break the cycle for offenders with decreased rates of recidivism for offenders involved in the program.

It’s anticipated approximately 30 assistance dogs per year will be trained once the program is established.

The dogs trained will be rescued from pounds and shelters and who would otherwise likely be destroyed.

The Companion Therapy Assistance Dogs Program will be managed by Corrections Victoria and approximately 10 minimum security prisoners at each prison will be trained and have the responsibility as an inmate dog trainer.

A similar program has been in existence at the Bathurst Prison since 2012 and has proven to be a great success and helped to address prisoner recidivism.

This announcement builds on the commitment that a Liberal Nationals Government will provide $1 million over four years to the Retired Police Association of Victoria for the expansion of peer support programs for former members with PTSD.

We need to get tough on crime and also invest in looking after our hardworking police officers, even after they retire.

That is why Matthew Guy has a comprehensive plan to get back in control of crime with tough mandatory sentencing while investing in the PTSD support our retired police need.

“Former defence and first responder personnel with psychological injuries have sacrificed so much for the community and they deserve our support.

“The training of Companion Therapy Assistance Dogs in Victoria’s prisons is a win for veterans and retired first responders, a win for prisoners who gain the responsibility and skills of dog training and it’s a win for dogs that otherwise would likely be destroyed.

“Prisoner recidivism continues to rise under Daniel Andrews and his failing prison system, a Matthew Guy Government will fund new ways to break the cycle of reoffending.”

“My Companion Therapy Assistance Dog, Yogi, has changed my life and helped me address my PTSD in a way that drugs and medication couldn’t.

“Since receiving Yogi, I’m now sleeping properly for the first time in years and no longer require vast amounts of medications to get me through the day.

“Together with countless defence veterans and retired first responders, I strongly welcome the policy to create a Victorian PTSD Companion Therapy Assistance Dogs Prison Training Program by the Liberal Nationals if elected to Government in November.”