Volunteers are invaluable to our community 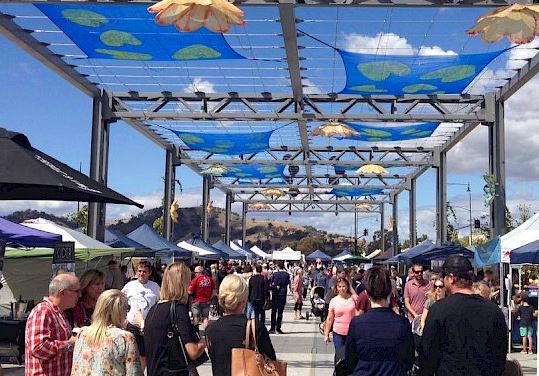 ONLY an elected Liberal Nationals Government will bring back the Farmers’ Market Support Program, quietly axed by Labor.

But instead of matching the commitment, Labor’s Agriculture Minister Jaala Pulford is trying to pull the wool over farmers’ eyes.

But funding for the Farmers’ Market Support Program ran out in 2015.

The former Liberal Nationals government funded the Farmers’ Markets Support Program for four years in the 2011-12 State Budget, but Labor failed to renew the funding.

City-centric Labor’s desperate to re-write the past four years of neglecting Regional Victoria in a desperate attempt to win votes.

Our farmers’ markets are famous for high-quality, fresh, delicious produce, playing an important role in supporting regional and urban communities around Victoria.

Farmers’ markets give our producers the opportunity to sell direct to their customers and also encourage people to buy locally grown and produced food which in turn supports Victorian jobs and businesses.

An elected Liberal Nationals Government will support our small food producers and farmers’ markets, restoring the successful grants program after it was quietly axed by Daniel Andrews.