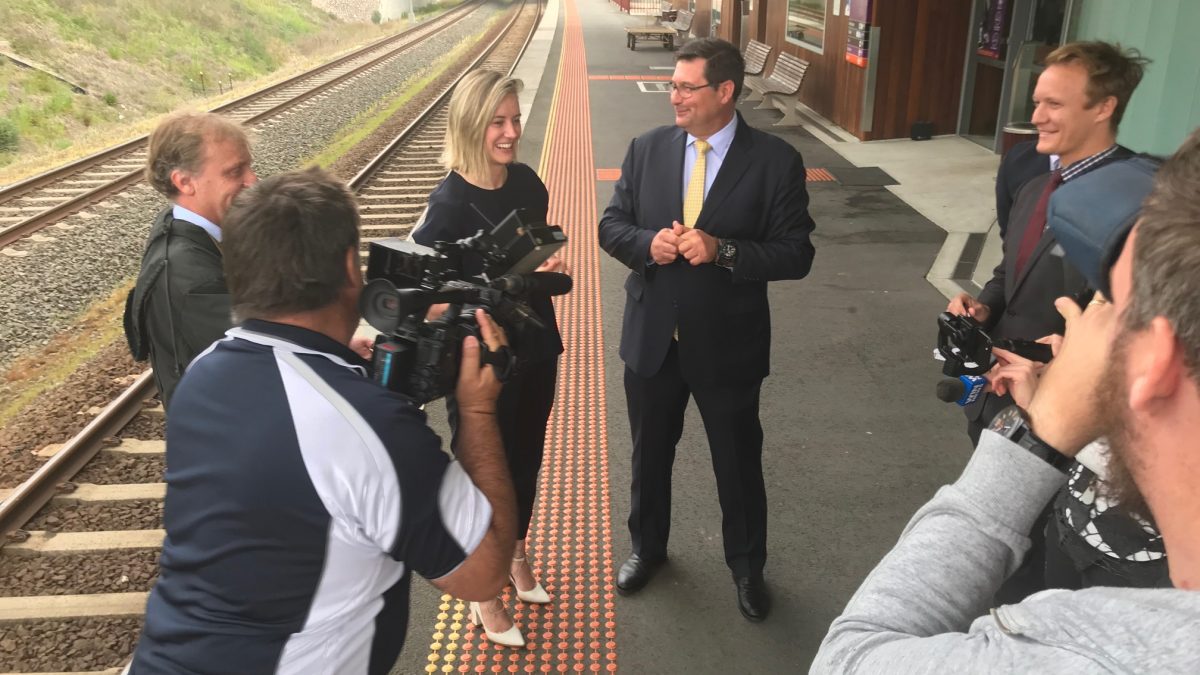 The Liberal Nationals Government will build a faster rail between Wodonga and Melbourne, slashing travel times by and hour and a half.

An elected Matthew Guy-led government will build a faster rail between Wodonga and Melbourne that will see the current travel time of 3 hours and 27 minutes reduced to 2 hour and 44 minutes – a saving of over 1 and a half hours on a roundtrip.

Reaching speeds of 160 kilometres per hour, on the Wodonga line, the state wide network will be the fastest in Australia. The Wodonga line has a current maximum speed of around 115kms per hour.

The Liberal Nationals vision is to build a state of cities and not be a city state focused on Melbourne, like the Labor Government is.

But to build a state of cities we need to build a faster and more reliable railway network connecting our regional centres and we need to grow regional jobs.

That’s why we recently announced a Population Commission to manage population growth throughout Victoria and ensure that regional cities have the infrastructure and services needed to sustain that growth.

One of the most important functions of the Population Commission will be to ensure regional centres like Wodonga and Wangaratta receive the right number of doctors, hospital beds, teachers, healthcare workers and police to match population growth.

A Liberal Nationals Government will also fund new-generation, faster, variants of the successful V/Locity trains which will provide better comfort and leg room, safety and amenity for passengers.

Bringing Victoria’s cities closer together with European-style High Speed Rail is the cornerstone of the Liberal Nationals plan to decentralising our jobs and our population.

High Speed Rail is also going to take more cars off the Hume Hwy and that will mean safer roads, and reducing driver fatigue and that’s going to save lives.

Whilst Daniel Andrews and Labor have introduced 12 new taxes in the last four years, a Liberal Nationals Government will not introduce a new tax or levy to fund European-style High Speed Rail.

At an estimated total cost of $15 billion to $19 billion this super-infrastructure project will change the map of Victoria and it is affordable, sensible and realistic.

That’s why construction of a European-style High Speed Rail in Victoria is also a nation building project that will attract funding from the state and federal government along with the private sector.

Add to that, another 19,000 new jobs to build the Liberal Nationals congestion-busting new highway and arterial road projects and that’s a total of around 30,000 new jobs. Many of these 30,000 new jobs will be in regional Victoria.

“I want to build a state of cities, not a city state but to do that we must build European-style High Speed Rail.

“The Liberal Nationals want to grow all of Victoria, not just Melbourne.

Comments attributable to Deputy Leader of The Nationals, Steph Ryan:

“Labor’s band-aid fixes have failed to solve the absolute mess they’ve made on the North East rail line which has left passengers on old, unreliable trains and slow replacement buses.

“People on the North East line don’t want more of Labor’s neglect – we want faster trains we can rely on.

“If we truly want to decentralise our state and bring our country communities closer together we need to build better regional rail and buy new-generation trains, which is exactly what an elected Liberal Nationals Government will do.”

“High Speed Rail will allow Wodonga to grow as a regional hub.

“European-style High Speed Rail between Melbourne and Wodonga and will bring more employers to the area and create more employment opportunities as well as give people more lifestyle choices.”

“Our High Speed Rail project will get Wangaratta passengers where we need to be sooner.

“If elected, we’ll also buy new-generation long-haul trains for the North East line which will be reliable, fast and comfortable, ending the plague of cancellations and replacement buses that we’ve been stuck with under Labor.”