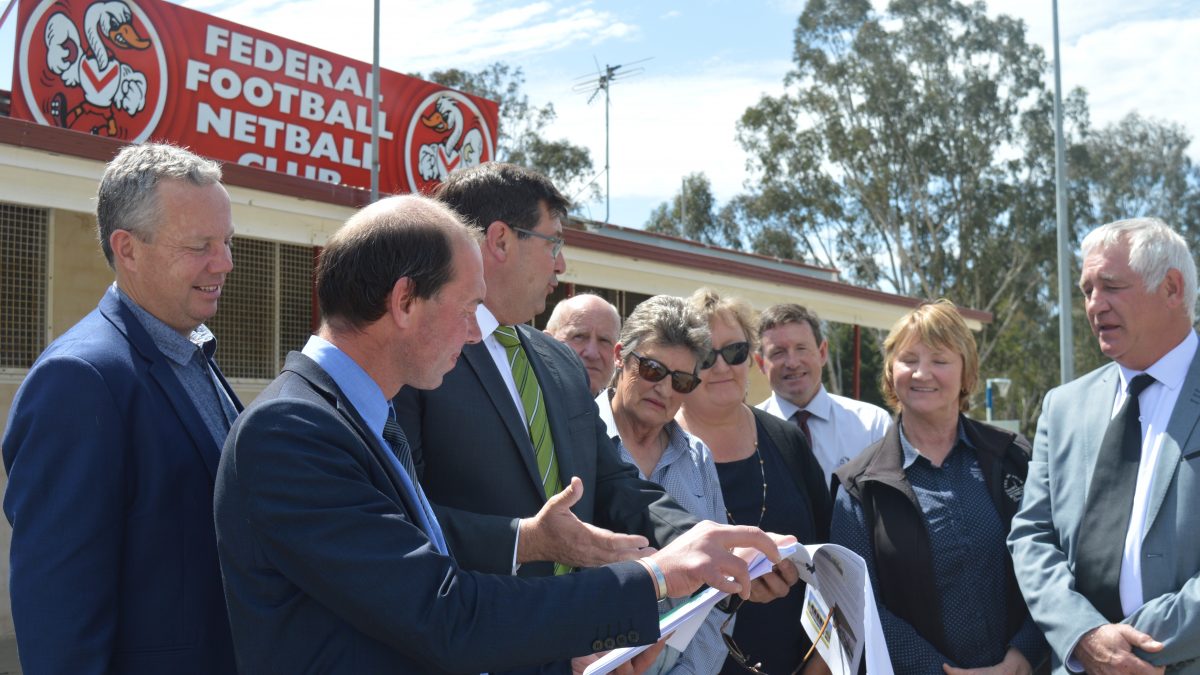 AN elected Liberal Nationals Government will contribute almost $1 million towards the development of a new Upper Murray Events Centre at the Corryong Recreation Reserve to meet the needs of local sporting clubs and host major events.

The Events Centre is an important priority for the Towong community and is expected to create 38 jobs during construction and 14 permanent jobs when complete.

The Liberal Nationals are committed to investing in our regional centres and showcase all they have to offer.

“This ticks all the boxes – it creates jobs in construction and in the future, meets local expectations and has the potential to be an economic driver for major events.

“Bill Tilley demanded this project be funded and refused to take no for an answer.

“Despite the obvious need it has been ignored by a city-centric Labor government who I doubt would be able to find its way to Corryong.”

“This centre will give Corryong a functional and flexible venue that will meet the needs of weekly sporting fixtures and the huge influx of people for events such as the Man from Snowy River Festival.

“The existing rooms are dilapidated, fail to meet most modern standards and simply must be replaced.”