Liberal Nationals to boost language and literacy for vulnerable kids 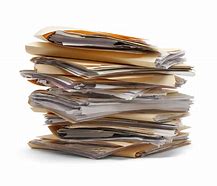 THE Government dumping hundreds of annual reports on the last day of Parliament couldn’t hide the worrying rise in occupational violence in our hospitals, says Shadow Minister for Health, Mary Wooldridge.

The 43 Health Service Annual Reports released in Parliament yesterday paint a concerning picture for Victoria’s doctors, nurses and other health workers who faced a 26% increase in violence in their workplace in the last 12 months and 69% increase over a 2 year period.

Those health services experienced 9,629 violent incidents last year, which rose to 12,132 this year and was 7,200 to two years ago.

Ballarat Health had the highest number of violent incidents reported at 2,186, followed by Melbourne Health (1,775) and Monash Health (1,327).

After the death of a surgeon who was assaulted at Box Hill Hospital last year, Eastern Health which includes Box Hill Hospital, saw a massive 173% increase with 675 violent incidents reported last financial year.

This information is consistent with recently released information from the Crime Statistics Agency which shows assaults in hospitals have risen 41% since 2014.

Despite promises to the contrary, Daniel Andrews is failing to support our healthcare workers to be safe in their workplaces.

“Labor promised to protect our health workers, but now we see that Daniel Andrews continues to fail to do so.

“This is more evidence that Daniel Andrews has lost control of law and order and has not got the answers to keep Victorians safe.

“Hospitals should be safe places for the sick, their family and health care professionals, not one where patients and workers fear violence.”