Big boost for children and families with autism 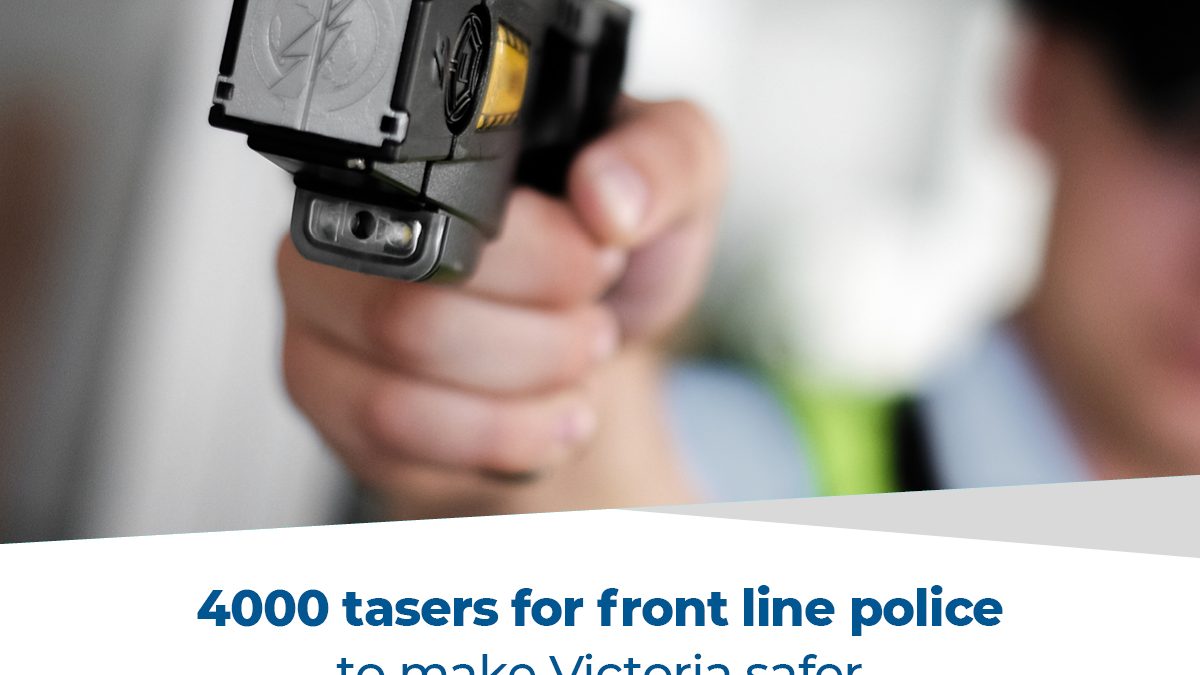 We aren’t going to be able to fix Daniel Andrews’ crime tsunami unless we have more frontline police and give those police more resources like Tasers to deal with violent offenders, says Leader of the Opposition, Matthew Guy.

According to Police Association figures, frontline police numbers have fallen under Daniel Andrews with 190 fewer uniform officers than in 2013 despite Victoria’s population increasing by over half a million.

That’s why a Liberal Nationals Government will fund the phased roll-out of 4,000 Tasers with appropriate training for Victoria Police. The roll-out of Tasers will commence with all metropolitan 24-hour police stations as they are typically the largest stations with the greatest number of operational police on roster.

These Tasers and training will be provided to all remaining first responder general duties police across Victoria, including at one person stations.

All too often lately, police are called-out to respond to violent and dangerous situations involving people who are affected by drugs, alcohol or mental illness, or who are otherwise at risk of causing harm to police and innocent bystanders.

The Liberal Nationals believe our police officers should be equipped with modern equipment, and alternative options to firearms, helping them to manage these dangerous situations and to minimise the risk of serious injury and fatalities.

Tasers have already been successfully introduced to Victoria Police specialist units and regional 24-hour police stations with appropriate training of operational police in their use.

A Liberal Nationals Government will work with the Chief Commissioner, Victoria Police and The Police Association Victoria and to roll-out these 4,000 additional Tasers.

Supporting operational police with Tasers will save lives and reduce the risk of serious injuries to police and innocent bystanders.

“There’s going to be an end to this soft touch approach we have seen under Daniel Andrews and Labor where violent criminals are given more rights than victims.

“If I am elected Premier, we will increase frontline police numbers and give them more resources like Tasers and we are going to introduce tougher sentences and make bail and parole harder to get.”

“There’s a crime tsunami under Daniel Andrews but frontline police numbers have fallen under his government with 190 fewer uniform officers than in 2013.

“It is unforgivable that Daniel Andrews has allowed police numbers to fall despite Victoria’s population increasing by over half a million.

“Daniel Andrews has also overseen the closure and a reduction in opening hours at many suburban police stations including at Burwood, Mooroolbark, Mordialloc and Pakenham.

“That’s why a Liberal Nationals Government will boost frontline police numbers and give them the support they need and resources like Tasers.

“This is about saving lives and keeping police and innocent bystanders safe.”