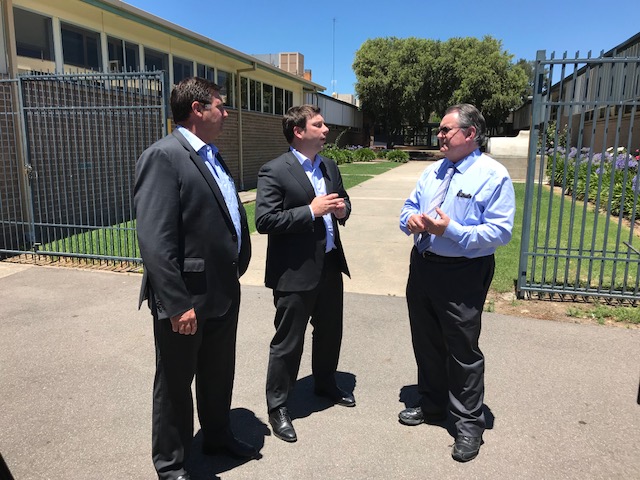 An elected Liberal Nationals Government will invest $5 million towards a new visual, technology and performing arts centre at the Huon Campus of the Wodonga Middle Years College, says Member for Benambra Bill Tilley.

Previously the Coalition invested $11.8 million into the Wodonga Senior Secondary College while its sister school, Felltimber Middle Years College, has also been upgraded.

Huon Campus was high on a needs priority list when the Coalition was last in government in 2014, but has been ignored by Daniel Andrews and his Government in the last four Labor budgets.

The facilities at the school are deteriorating at an alarming rate and only Matthew Guy-led Government will replace rundown classrooms built more than 50 years ago, with 21st century facilities.

“Labor has simply ignored the needs of Wodonga Middle Years College for the past four years.

“Part-time Education Minister James Merlino has abandoned regional schools because he has been too busy wrecking the CFA.

“Bill Tilley has pushed for this project, knows its history and wants the best for Benambra.”

“Wodonga Middle Years College is an outstanding school with a solid plan to address the growth that we all know is coming.

“This funding means the school can move its excellent technology and performing arts programs out of classrooms and into a custom space where students can develop their skills and talents.”