A better and fairer deal for local boaties and recreational fishers 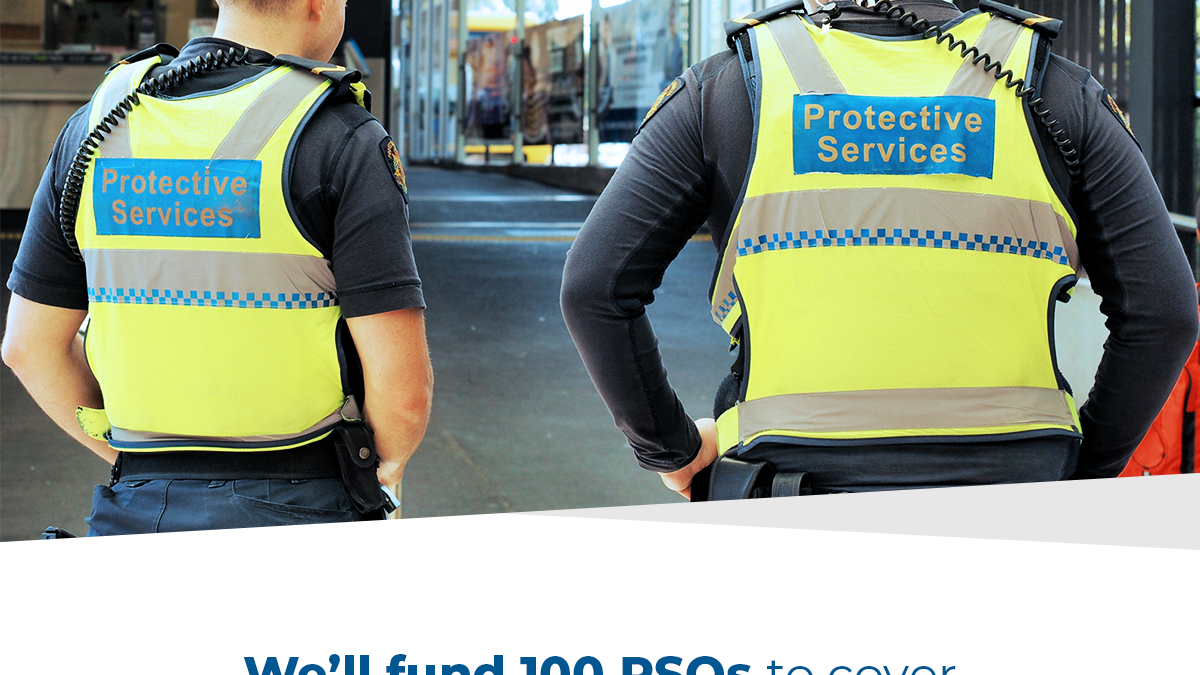 EVERY Victorian deserves to be safe and feel safe while using public transport.

That’s why a Liberal Nationals Government will expand the successful Protective Services Officers (PSOs) program to include the deployment of 100 additional Transit PSOs to a new dayshift roster at up to 20 railway stations identified as daytime crime hotspots.

At the moment, PSO shifts are from 6pm until the last train.

An elected Liberal Nationals Government will introduce a new and additional daytime shift between 10am and 6pm for up to 20 railway stations identified as daytime crime hotspots.

An elected Liberal Nationals Government will work with Victoria Police and The Police Association Victoria to recruit and deploy 100 new PSOs on the new daytime Transit PSO roster.

Crime data obtained from the Crime Statistics Agency reveals that significant crime occurs during the day at railway stations when PSOs are not present.

Based on those Crime Statistics Agency statistics, Frankston and Mordialloc train stations will be two of the up to 20 train stations that will receive additional PSOs to work on the new daytime shift between 10am and 6pm.

Despite initially criticising PSOs and labelling them “plastic police”, Labor has kept this successful policy.

“We are going to put more police on the beat and more PSOs at train stations.

“If we are going to encourage more people to use more public transport then we need to make sure users are safe and feel safe.

“That’s why our policy is more frontline police, more PSOs, tougher sentences and to make bail and parole harder to get.”

“Frontline police numbers have fallen under Daniel Andrews with Police Association figures showing there are now 190 fewer uniform officers than in 2013 despite Victoria’s population increasing by over half a million.

“Under Daniel Andrews we have also seen scores of police stations that have either been shut or had their opening hours cut.