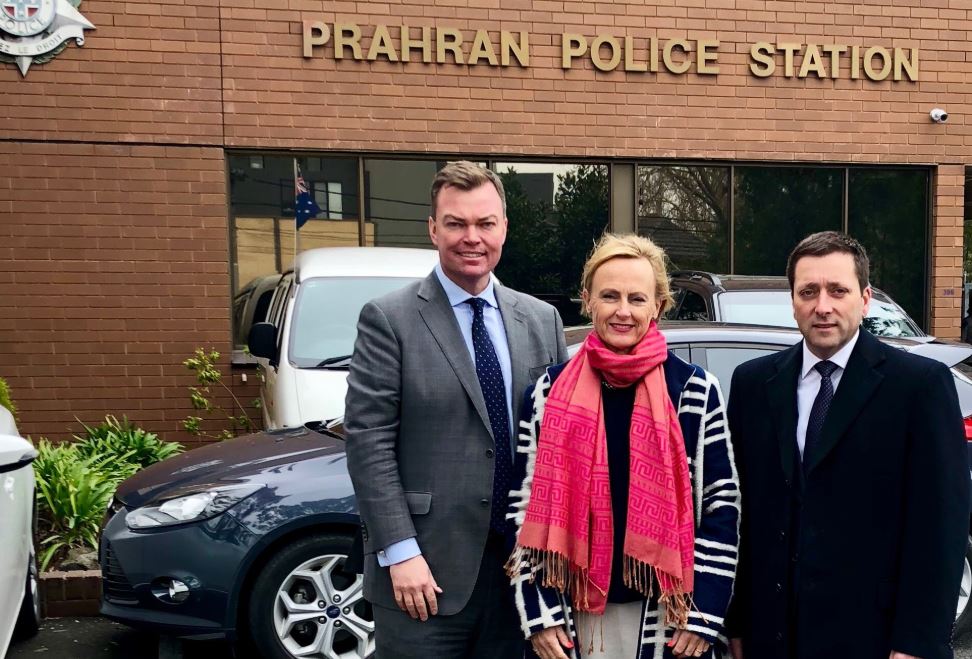 A Matthew Guy-led Government will commit $22 million for a complete police station rebuild to give police the resources and support they need so they can focus on keeping local people safe.

For too long, local police officers have been working in a station that is rundown, dilapidated and not fit for purpose. Current buildings have significant OH&S issues.

Victoria Police has also identified Prahran as requiring a new station due to the poor condition of the existing station.

The station will remain at the existing site and a Liberal Nationals Government will work with The Police Association, Victoria Police Blue Ribbon Foundation and Victoria Police to ensure there is still an appropriate police memorial area to replace the current garden for fallen Victoria Police officers associated with Prahran, including Sgt Gary Silk, Sen – Constable Rodney Miller And Constables Steven Tynan and Damian Eyre.

This rebuild is a part of the Liberal Nationals plan to invest in police stations across Victoria to support police and give them the resources they need so they can keep the Prahran and South Yarra communities safe.

Other police facility commitments from the Liberal Nationals include:

“Victorians feel less secure because of the crime tsunami under Daniel Andrews.

“Only the Liberals have a plan for a more secure community with more police, better resources for local police, stronger sentencing, tougher parole conditions and a return to the principle that bail is a privilege not a right for violent offenders.”

“Since Daniel Andrews was elected crime has increased 7% in Prahran and 21% in South Yarra. Crime is out of control under Daniel Andrews and only Matthew Guy and his team will make our communities safer.

“Prahran Police Station is a special place in the hearts of many police members and in Government, we will work with Victoria Police, The Police Association, the Blue Ribbon Foundation and families to ensure that those who have given their lives protecting the community, are honoured and remembered.”

“These new facilities will give local police the support and resources they need to continue to keep our community safe.

“That’s why this new local police station is so important to help keep the local community safe.”