No certainty for timber jobs, businesses while Labor dithers 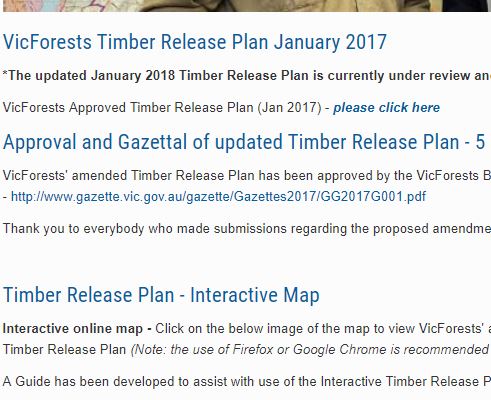 Mill workers, truck drivers and harvesters in north east Victoria and Gippsland are in limbo as they wait for Labor to release its long overdue Timber Release Plan.

In May, Agriculture Minister Jaala Pulford promised the Plan would be released “in coming weeks”, but nearly three months later and Labor is still silent.

Last week in State Parliament, the Minister raised more red flags for industry, refusing to guarantee when the Plan would be delivered only saying it would be released “on the earliest possible occasion”.

More than 20,000 Victorians directly rely on a secure future for our timber industry to pay the bills and put food on the table.

The Minister and her office are so distracted dealing with the fallout of having six Labor Ministers under investigation by Victoria Police that they’re ignoring the needs of our country families and businesses.

Daniel Andrews must decide if he’s backing a $7 billion industry that supports up to 50,000 jobs across Victoria, or if he’s going to sacrifice all of that in order to save face with his Greens coalition partners.