Government in crisis, now in hiding 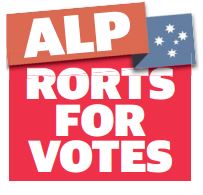 A GOVERNMENT in crisis is a government focused on itself and not on Victorians, says Leader of the Opposition Matthew Guy.

How can any Andrews Labor Government ministers continue in their jobs if their staff were interviewed in this morning’s police arrests?

How can any Andrews Labor Government ministers continue in their jobs if they themselves are under active police investigation?

How can Daniel Andrews expect Victorians to trust him when he continues to run a protection racket for his rorting MPs? 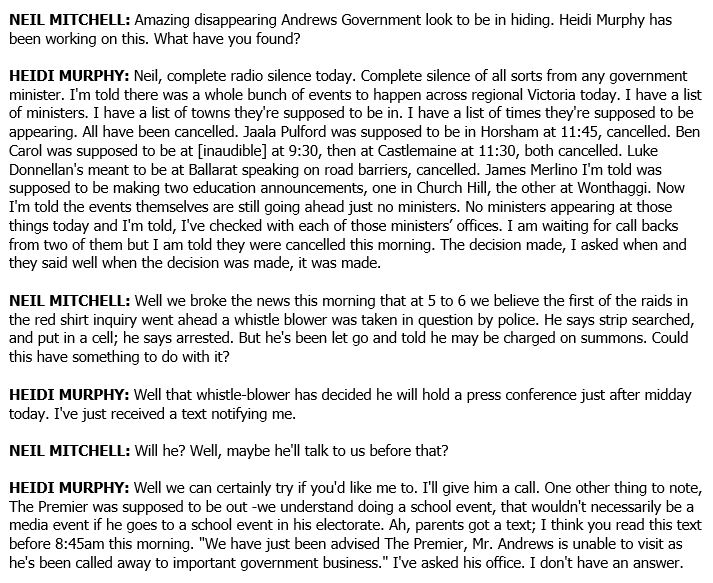 The ‘Spring Street Six’ are now hopelessly compromised and Daniel Andrews must stand them down.

You can’t have an Attorney General staying in the job while they are being criminally investigated by the police.

This is a crooked, grubby, rorting government, rotting from the head down.

Daniel Andrews has a choice. He either continues this protection racket for his six ministers under police investigation or he puts Victorians first and stands these ministers down.