Taking action against family violence – The Right to Ask, Right to Know Scheme 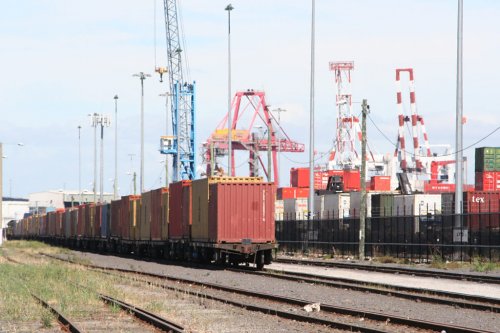 AN elected Liberal Nationals Government will maximise freight movement efficiency and productivity in and out of the Port of Melbourne to boost Victoria’s freight and logistics sector, says Shadow Minister for Ports and Freight David Hodgett.

Under Daniel Andrews, costs of using the Port of Melbourne have skyrocketed, damaging the competitiveness and reputation of the Victorian economy and risking jobs.

The Andrews Labor Government’s lack of action continues to threaten Victoria’s status as Australia’s number one freight and logistics hub, with some major exporters now opting to ship their goods out of Port Botany in Sydney.

“The Port of Melbourne is vitally important to the industries of Regional Victoria.

“An elected Liberal Nationals Government will get trucks off our country roads and give the freight industry certainty by extending the successful Mode Shift Incentive Scheme.

“We must take action to improve freight movement across Victoria and make sure exporters in regional Victoria can get their product from farm to port quicker and more efficiently.”

“Webb Dock is best placed to service the next generation of large container vessels calling into Melbourne, but it won’t fulfil its potential unless it has a rail link.

“An elected Liberal Nationals Government will look at ways to link Webb Dock to the rail network to improve efficiency and get trucks off local roads.”

“Only Daniel Andrews could derail a fully-funded project.

“The Andrews Labor Government has left the Port Rail Shuttle in disarray. The Liberal Nationals will immediately begin work to fix Daniel Andrews’ mess and deliver more efficient access to the Port of Melbourne.”