Ice injecting room only open for business during school hours

Victoria needs a plan for population and decentralisation 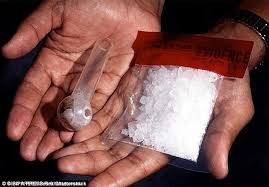 THE Andrews Government confirmed this week that their ice injecting room, which is 37 metres from a primary school, will be open during school hours.

In the Public Accounts and Estimates Committee, Martin Foley indicated that the Ice Injecting room will only be open from 9am to 5pm meaning that addicts will only be attending when the school is attended by children and teachers.

When questioned, Martin Foley was also unable to state if it would be opened during the weekend.

The Andrews Labor Government also refused to rule out the possibility of opening additional injecting facilities in other sites throughout Victoria, like Frankston or Geelong.

“Daniel Andrews’ ice injecting room opens in two weeks, but Martin Foley has no idea what times it will open, what security they’ll put in place or how much it will cost.

“How can Victorians trust Labor when Daniel Andrews and Martin Foley clearly have no idea what’s going on?”

“Daniel Andrews and his ministers can’t answer the most basic of questions about how the ice injecting room will operate but expect us to believe they can keep school children, parents, teachers and local residents safe.

“Only Daniel Andrews would think it’s acceptable that ice users should be coming in and out of an injecting room, while parents are picking their children up from school.

“The Andrews Labor Government’s ice injecting room plan isn’t just dangerous, it’s becoming farcical.  This Government is making it up as it goes along.”