Labor’s plan for sport: take from the poor to give to the rich

Parents should be entitled to choose their child’s school

Murray Basin Rail grinds to a halt under Labor 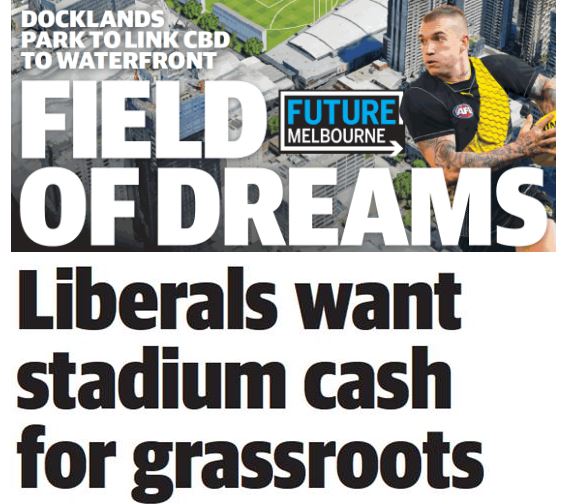 DANIEL Andrews’ Sports Minister yesterday revealed Labor’s reverse Robin Hood plan for sports – take from the poor and give to the rich.

In Public Accounts and Estimates Committee (PAEC) yesterday, Sports Minister John Eren couldn’t explain why no money has been allocated to community sports in the State Budget from 2019-20.

Meanwhile, the Andrews Labor Government is handing the AFL $225 million for Etihad Stadium – for free.

In a scrappy attempt to dodge questions on Labor’s failure to invest in community sports, Mr Eren bizarrely claimed some sports clubs had “actually approached government” saying they wanted low-interest loans – but then couldn’t name a single club.

Two-thirds of Labor’s sports budget will be spent on elite sports, while community sports clubs in need of a new roof, upgrades to their club kitchen or women’s change rooms, miss out.

Community sports are being handed the interest bill and the crumbs left over after Daniel Andrews’ $225 million free kick to the AFL.

A Liberal Nationals government will support our grassroots sports clubs and redirect any money we can from the Etihad deal to community sports.