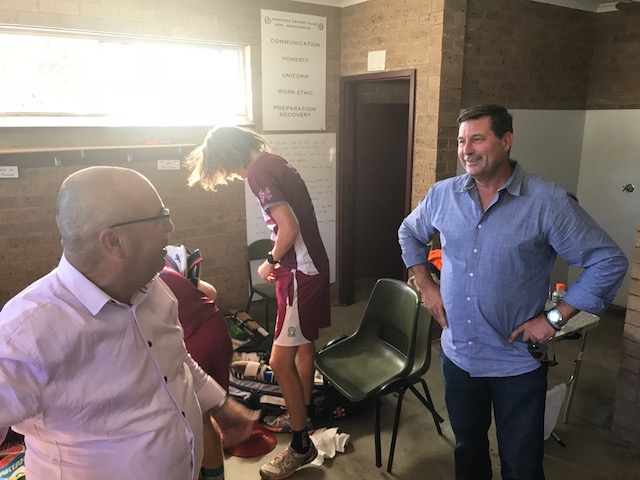 PAY interest or get nothing was the message from Treasurer Tim Pallas yesterday in Parliament to our grassroots sporting clubs.

Asked in Question Time to explain why Labor was charging interest on loans to grassroots clubs, while handing the AFL $225 million – for free – for a ballroom in Etihad Stadium, the Treasurer replied: “let’s be clear, nobody’s forced to take these loans up…”.

He also admitted he has no idea of the value of 15,000m2 of harbour-front land, in the middle of Melbourne, gifted to the AFL for its new headquarters.

This is a Labor Government with its priorities all wrong.

There is no grant money in the Budget beyond this year for community sports clubs.

Labor should be funding upgrades to grounds and new female change rooms at the grassroots sports clubs that bring our communities together, not handballing $225 million to a private organisation for a ‘column-less ballroom’ and a seven star hotel.

The Liberal Nationals have promised we’ll divert any funds from the Etihad Stadium deal that we can to community sports facilities.

Daniel Andrews and Tim Pallas should be punted to the interchange bench for their decision to charge our grassroots clubs for desperately needed upgrades to local sports facilities.

Grassroots sports clubs are missing out under Labor, while the AFL is handed a free kick.

Daniel Andrews wants to give free money for ballrooms at Etihad, the Liberal Nationals will give it to grassroots sports.

Only the Liberal Nationals will support grassroots sporting clubs around Victoria over an Etihad Ballroom in the CBD.